Earlier this week, At the TechCrunch Disrupt New York, the chief operating officer of Yahoo! Inc (NASDAQ:YHOO) [stockdata ticker=”YHOO”], Marissa Mayer, defended her company’s valuation against claims that the company is worth nothing. 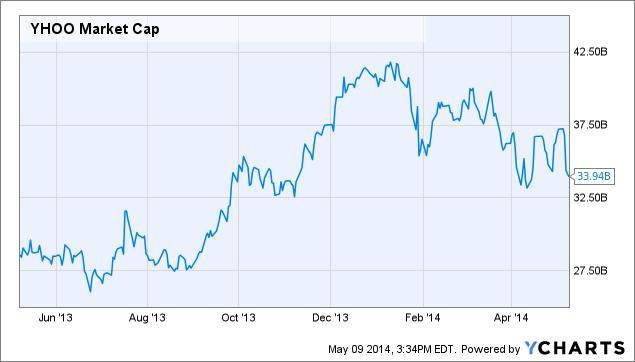 Michael Arrington from TechCrunch tried to point out that Yahoo’s current market capitalization is US$ 33.94 billion. However, if the value of its stakes in Yahoo Japan and Alibaba was included, that puts Yahoo’s own valuation at Zero. Because Yahoo’s own valuation is much lower compared to its stakes in those two companies. Currently, Yahoo! Japan is valued at US$ 14.63 billion and Yahoo’s stake in Alibaba is valued at US$ 26 billion, where the sum US$ 40.63 billion surpasses Yahoo! (NASDAQ:YHOO) [stockdata ticker=”YHOO”]’s valuation of US$ 33.94 billion. This effectively makes Yahoo! a company that is worth negative US$ 6.69 billion.

Yahoo! CEO Ms. Mayer acted off-guard and tried to defend her position by diverting the question towards how her company has been “executing” better now days. She also pointed out that Yahoo! still had a lot of talented employees when she took over the company, which was a “surprise” to her. However, beside a strong stock market performance, Yahoo! has hardly anything to show for in terms of growth or recognized revenue.

During the last five years, Yahoo’s (NASDASQ:YHOO) [stockdata ticker=”YHOO”] revenue has gone down from US$ 1.75 billion to US$ 1.13 billion, representing a 35.43% decline. On the other hand, since September 2012, its stock price has climbed to US$ 41.72 per share, from around US$ 14.65 per share, representing an increase of 184.78%. This divergence in stock market valuation and declining revenue trend points out how Yahoo!’s valuation is dependent on its stakes in growing companies like Alibaba, which is about to go public soon.

Once Aliababa goes public, Yahoo! will about to receive a cash windfall of around US$ 10 billion. The company is likely to it use for more acquisitions and investment in developing various other products, says Ms. Mayer. This means more billion dollar acquisitions like Tumblr, which cost the company US$ 1.1 billion. However, since she took the office, Yahoo!’s strategy on going mobile has paid off. Currently, Yahoo! receives around 430 million unique visitors on its mobile interface every month. 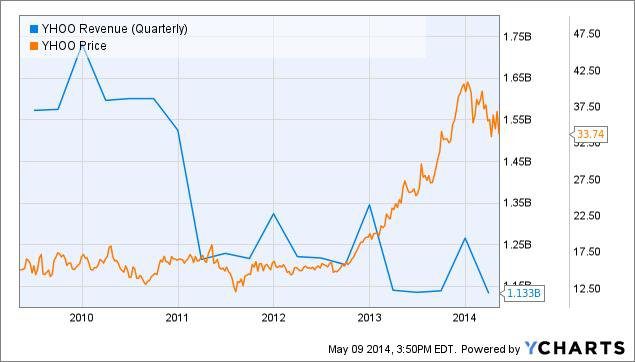 Regardless of those achievements, Mayer’s stance on the current market valuation seems “optimistic.” It may be “undervalued” on paper at least, but as of today, Yahoo! has a negative market capitalization on its own if we exclude its stakes in other companies. Interestingly, Yahoo! is indeed undervalued by almost US$ 6.69 billion when all its assets are lined up.