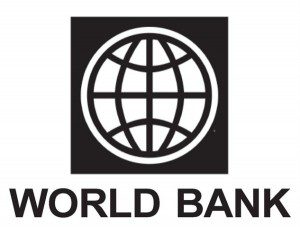 The World Bank (WB) estimated that the global economy will grow 3.2 percent this year, stating that this may be the first actual sign that the global economy may overcome the financial crisis that erupted in 2008. According to its World Economic Outlook report (GEP) reported earlier this week, representatives said that every country is not as stable as they would like, but things are heading in the right direction for the first time.

The multilateral agency stressed that the Eurozone economy is showing signs of recovery with an average positive growth of 1.1 percent in 2014, compared with the negative result of -0.4 and -0.6 in 2013 and 2012 in respective form. Latin America achieved a modest growth of 2.9 percent on average, compared with 2.5 percent in 2013. Nevertheless, in 2016 the region will grow above the world average with an estimate of 3.7 percent.

“Latin America is doing relatively well. In fact, it’s one of the reasons that we think it will accelerate 2.9 percent or more this year, reaching 3.7 percent in 2016,” he said at a press conference.

Brazil, which has one of the world’s largest economies, is struggling, while Mexico, which had been relatively weak as of late, has begun to show signs of recovery. “Many economies have recovered from the crisis and is estimated to operate to their potential. Overall recovery in the South America region is very positive with some fantastic exceptions.

Experts state that Latin America has managed to overcome vulnerabilities that had high levels of indebtedness. Moreover, there are schemes that give countries more flexibility since the recession started.

According to the GEP, growth prospects are still vulnerable due to the risk of rising interest rates and global volatility in capital flows.

John Smith is a historian and journalist, a career spanning nearly a decade. His passion started when he was just five years old, visiting battlefield after battlefield. In fact, he is a veteran of the US Army. Along with his degree in History from the University of Maryland, he has a Journalism degree as well. He has written columns on finance, history, and other major topics, including military history.