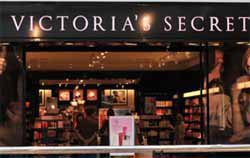 Victoria’s Secret has apparently had several secrets.  Low wages and few hours for part-time workers were among them. However, some employees have taken the secrets public and the result was an increase in wages.

Employees at the company’s flagship store in New York City’s Herald Square just added from $1 to $2 per hour on their salaries, according to CNNMoney. Employees at the store asked Victoria Secret’s parent company, Limited Brands, to increase pay and then launched a petition on Change.org.

Demanding more pay, steady schedules and an opportunity for advancement within the company apparently got the attention of the powers that be; however, the company has said that the pay raises came as a result of its annual employee satisfaction survey. The scheduling complaints continue to remain an issue, according to reports, as workers may have shifts that change drastically from week to week.

However, the victory of increased salary could bring promise to workers at some of the lower paying companies like Wal-Mart and McDonald’s, who have recently been striking and signing petitions in support of better pay. Fast food workers have been asking for a pay hike comparable to a $15 minimum wage, saying they are very underpaid for their work.

The Retail Action Project, which is affiliated with the Retail, Wholesale and Department Store Union teamed up with the workers at Victoria’s Secret on the “Just Hours” wage and scheduling campaign. They consider the wage increase as a victory for the workers and their organization.

The retail and restaurant industries have long been criticized for low pay, and though wages in those jobs are just slightly inching up, any advances bode well for a growing number of workers across the country. The U.S. economy has regained about 6 million of the 9 million jobs it lost during the recession. The National Employment Law Project says that almost 60 % of the jobs lost during the economic downturn paid middle-income wages or better, but some 65 % of the jobs that have returned are considered low wage.

In today’s current economy, reports have shown an educational background does not necessarily impact income. Studies show that more than 280,000 college graduates earn minimum wage. The Center for College Affordability and Productivity has reported that the class of 2010 college graduates has about half of its members working in jobs that don’t require a bachelor’s degree.