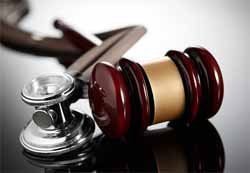 The Las Vegas Review Journal is reporting that a local woman who was suing her state’s healthcare exchange has died after not getting treatment that could have prolonged her life.

During the debate over Obamacare, the Republican vice-presidential candidate warned that Obamacare would result in “death panels” that would result in people being denied healthcare or having their care rationed. At the time, Palin was widely ridiculed by the president’s supporters for her claims.

However, the Journal notes that Linda Rolain was one of those people who tried to do everything right and follow the president’s directives about signing up for Obamacare. Rolain’s husband, Robert, said he attempted to sign up the couple for insurance in November of last year, well in advance from the then Dec. 15 deadline and well before the extended deadline set by Obama on the state’s exchange Nevada Health Link.

However, due to constant issues with the website, the Rolains were forced to buy a plan that did not take effect until March.

In early 2014, Linda Rolain was diagnosed with a brain tumor that was discovered following a seizure she suffered in 2013. Robert explained in a June 19 news conference that his wife was unable to obtain proper care due to insurance issues. As a result, Linda’s condition went from treatable in the first part of the year to fatal by the time spring arrived while the couple continued to fight for coverage under Obmacare.

The family’s attorney blamed Xerox staffers for their “inability to get paperwork and to process things” to the exchange.

However, part of the problem was the president kept changing rules and deadlines for the implementation of Obamacare. Additionally, numerous reports surfaced on how people signing up on the exchanges were not having their information passed on to the insurance carriers.

The family’s attorney said they fear that Rolain won’t be the last to die under Obamacare.

“We are worried that this is the first of many Nevadans who have life-threatening issues that may end up in such tragic circumstances. We urge all Nevadans to verify that their insurance is active and in place in light of the many problems that hundreds, if not thousands, of Nevadans have gone through,” Rolain’s law firm, Callister, Immerman, and Associates, said in a statement.

“This poor lady was told in January that she needed immediate attention,” local insurance broker Pat Casale said. “Her doctor said if she had begun treatment in March, he might been able to give her quality of care, and she might have lived longer. She had no chance because of the delay.

“Ms. Rolain should have had coverage in January. (The Rolains) did everything they could to facilitate the acquisition of a health plan,” Casale added. “She suffered and she died all because of the negligence of a vendor who should not even be in the industry.”