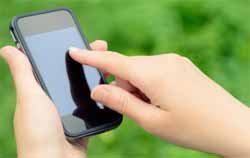 Earlier this week, both the executive branch of the government and the Federal Communications Commission spoke about initiatives that will eventually boost the capacity of household WiFi and Bluetooth networks. Where mobile carriers use 3G and 4G (including LTE) networks on licensed spectrum from the Government, the unlicensed spectrum is typically open to general household devices that have Bluetooth or WiFi radio capability, such as the WiFi router.

According to the White House’s 2014 Economic Report, the President’s Council of Economic Advisers mentioned that the unlicensed airwaves are a key economic driver, and they are considering creating an open regulatory environment that will make it easier to open up new spectrum for unlicensed use.

This will directly affect consumers in a positive way, as the FCC will consider opening up the 100 MHz in the 5 GHz spectrum for widespread use by the consumers in the form of WiFi. The 100 MHz band will represent only a 15% increase in the current available unlicensed spectrum for the consumers. However, it will be vital, as the 100 MHz airwaves are the key to tapping the capabilities of latest WiFi technologies, such as the 802.11ac WiFi standard.

The WiFi forward coalition companies want better bandwidth available at the last mile solution, where consumers increasingly need better data transfer rates to enjoy high definition content, delivered through streaming. Also, it will open up opportunities for tech companies keeping customers wirelessly connected, even when they are not at home!

As Comcast bought Time Warner, the company now has a large set of assets in terms of extensive indoor and outdoor WiFi hotspots around big cities in the United States. Comcast has also started using its customers’ residential broadband gateways as hot spots. If the unlicensed spectrum range can be extended, these companies can ultimately rent out the networks to other carriers or use those to start a mobile data service. This is one of the reasons AT&T (NYSE:T) T +0.33% didn’t join the WiFi Forward lobbying group, as this means creating a potential competitor in their data business segment (3G & 4G).

Regardless of the corporate motive behind WiFi Forward, consumers will be the ultimate beneficiary, as opening up new spectrum for unlicensed use will increase the speed of home networks.