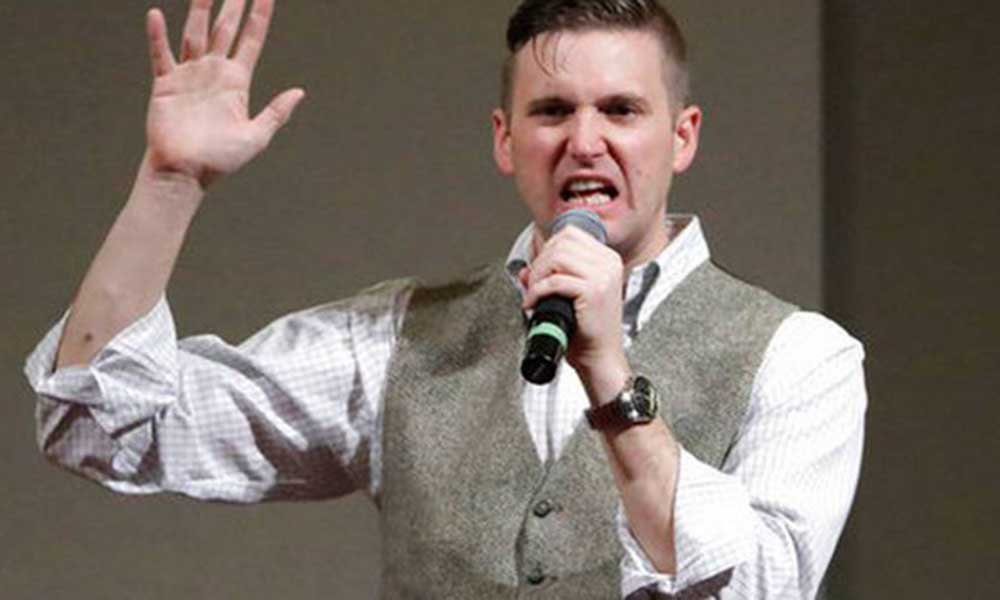 The US government has revoked the tax-exempt status of the National Policy Institute, a group run by prominent white nationalist Richard Spencer for failing to file tax returns. Spencer blamed the revocation on an IRS error that led his group to believe that it wasn’t required to file tax returns. But he doesn’t have any evidence the move was politically motivated and was confident that his organization can regain its tax-exempt status.

IRS records show Spencer’s automatically lost its tax-exempt status as a 501(c)(3) non-profit after failing to file tax returns for three consecutive years. According to the IRS, sometime in 2006 or 2007, the agency mistakenly reclassified the National Policy Institute as one that didn’t need to file tax returns, according to Chuck McLean, a senior research fellow for the non-profit watchdog Guidestar.

“I don’t think of this as a political assassination at the moment,” he told The Associated Press on Tuesday. “It’s an annoying thing. It’s also kind of a bump in the road.”

Spencer popularized the term “alt-right” and is a leading figure in a fringe movement that has been described as a mix of racism, populism and white nationalism. An outspoken supporter of President Trump, Spencer hosted a postelection conference in Washington that ended with audience members mimicking Nazi salutes after Spencer shouted, “Hail Trump, hail our people, hail victory!”

The IRS posted a notice of the group’s revocation on its website Monday, but the loss of its tax status is retroactive to May 15, 2016, the date when its most recent tax return was due.

McLean said he suspects the group’s revocation was an “automated thing.”

“They handle so many of these, it’s just a routine thing,” he added.

Spencer said he had delegated bookkeeping responsibilities to others and was let down, but acknowledged that “ignorance of the law is not an excuse.”

“I’m assuming we can play ball with the IRS going forward,” he said. He added that his group already has submitted tax forms for the past three years.

Former IRS attorney and Louisiana State University law professor Philip Hackney said it shouldn’t be difficult for Spencer’s group to get reinstated as a tax-exempt non-profit. However, an IRS error isn’t a valid excuse for not filing tax returns, he said.

“They should have still been filing,” Hackney added.

An Associated Press review of tax records in December found that the National Policy Institute and three other groups at the forefront of the white nationalist movement have registered as charities and raised more than $7.8 million in tax-deductible donations over the past decade., The National Policy Institute in 2005 by a wealthy publisher, by the name of William H. Regnery II.

The National Policy Institute raised $442,482 in tax-deductible contributions from 2007 through 2012. The group used an address in Whitefish, Montana, on its 2012 tax form, but it currently uses a post office box in Arlington, Virginia, to solicit donations by mail.