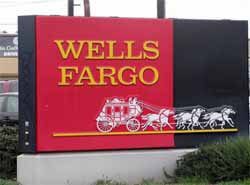 Wells Fargo has lowered the bar for popular government-backed mortgages, stirring hope among consumers with credit scores that have taken a beating during the recession.

Wells Fargo, the largest mortgage lender in the country, said it will begin accepting credit scores of 600, down from 640, for VA and FHA loans. A VA loan has no down payment requirement, while an FHA loan requires a down payment as low as 3.5%.

JPMorgan Chase has not said whether it will follow Wells Fargo in the decision, and Bank of America said “there may be cases” where it would accept a credit score in “the lower 600 range.”

While the FHA accepts credit scores of 580, finding a lender willing to make such a loan can be a big challenge, and borrowers with bad credit find that these loans can be very costly.

Wells Fargo is currently offering a 30-year fixed-rate FHA mortgage at 4.25%, but mortgage insurance and fees bring the APR to 5.837%.

According to Wells Fargo spokesman Tom Goyda, the move “is an effort to increase access to credit, especially for first-time and low- to moderate-income buyers.” Borrowers must still meet underwriting requirements, including showing enough income to repay the mortgage.

The move may lead other lenders to begin relaxing lending standards that have been tight since the housing bust of 2008.

Borrowers with a credit score under 620 have generally been considered “subprime.” While the FHA serves borrowers with poor credit, it mostly stood on the sidelines during the subprime housing bubble because its income-verification standards were stringent. When the subprime mortgage market disappeared in 2007, the FHA returned as a major player.

To further increase easing of lending, the FHA has started to allow borrowers who have gone through bankruptcy or foreclosure to become eligible for a new mortgage after just one year, instead of three, assuming they have repaired their credit.

Guy Schwartz of CMG Financial added that Wells Fargo “is not getting too far from the pack by going to 600, but it’s nice to hear one of the big players deviating from the herd a little bit.”