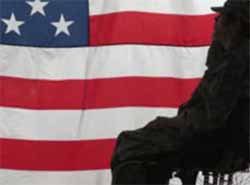 While the Internal Revenue Service has faced intense scrutiny over reports that it singled out conservative groups for heightened scrutiny, it now appears the tax organization has a new target in its crosshairs, veterans’ organizations.

The American Legion has noted that under IRS rules, in order to maintain its tax exempt status it, along with all other similar service organizations, must provide personal information on its members to the IRS.

“The IRS now requires American Legion posts to maintain dates of service and character of service records for all members… The penalty for not having the required proof of eligibility is, apparently, $1,000 per day,” the American Legion stated.

The statement by the American Legion refers to a 13-part section of Part 4, Chapter 76 of the Internal Revenue Manual pertaining to “veterans’ organizations.”

The rule falls under “Exempt Organizations Examination Guidelines,” which falls under the jurisdiction of Exempt Organizations had Lois Lerner, who apologized for improperly targeting tea party groups earlier this year. Lerner also attempted to plead the Fifth Amendment when testifying before Congress. However, prior to your invoking the Fifth Amendment rights she read a statement saying that she had not broken any laws. It was later determined that by reading the statement she had waived her rights and could be forced to return and testify before Congress. Lerner is currently

The relevant section says agents are required to review a list of information to verify its composition and is part of the verification process, “The organization must maintain members’ military service dates to establish that contributions to the organization are deductible.”

American Legion legal counsel Philip Onderdonk, Jr. told the Daily Caller that the organization had only recently become aware of the new rule.

“The American Legion has recently learned of the so-called IRS ‘audit manual’ and is concerned that portions of it attempt to amend statutes passed by Congress and approved by the president,” he said. “Resolutions recommending action by the Legion’s legislative division on two of the most egregious sections of the IRS document are being presented for a vote by members at The American Legion’s annual national convention in Houston [this] week. If the resolutions are adopted, the Legion will be empowered as a body to urge correction of the veterans’ service organization-related portion(s) of the IRS manual and suggest congressional review of the entire 38 section IRS document.”

The American Legion was founded in 1919 as a social and support group for veterans returning home from World War I. It is the oldest service organization in America and has since become one of the leading nonpartisan groups lobbying for veterans rights. However, in keeping in tune with the political leanings of many service members, the group leans conservative when it comes to issues involving the constitution or patriotism.

The IRS rules have drawn the attention of Kansas Sen. Jerry Moran who said it is outrageous that the organization is now targeting veterans’ organizations.

“On the heels of Americans’ anger over revelations that the IRS intentionally targeted certain groups, it has been brought to my attention that the IRS is now turning their sights toward our nation’s veterans,” Kansas Sen. Jerry Moran said. “The IRS seems to be auditing veteran service organizations by requiring private member military service forms. I am deeply concerned about this revelation and will insist on answers. This policy seems to be crafted with the oversight of Lois Lerner and deserves, at a minimum, a thorough look to make certain the IRS is not overstepping bounds of privacy and respect for our nation’s heroes.”