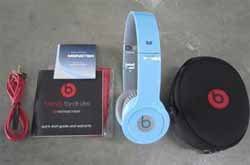 The US and China have just concluded a month-long joint customs operation that seized over 243,000 counterfeit electronics products. Among those confiscated fake products were items that were supposedly manufactured by Apple Inc, Samsung Electronics, Blackberry, and Dr. Dre.

The action was so far the largest bilateral customs enforcement ever launched by the US. It was also the biggest and most successful collaboration between customs from the two countries. The operations focused on seizing fake goods that are transported to the US from China, which accounts for about 72% of overall seizures that violate intellectual property rights especially of popular technology firms.

The operations concentrated on major points in both countries. In the US, customs operations were conducted in Anchorage, Los Angeles, Newark, and Cincinnati. In mainland China, authorities were able to seize fake items for exportation in the primary ports of Beijing, Shanghai, Shenzhen, and Guangzhou. Customs officials from both governments did not physically work together. Instead, they operated based on shared tips and information.

Within a month, the operation led to just a single arrest. It involved an American citizen from New Orleans who ordered counterfeit Dr. Dre headphones from China and sold them online through Craigslist. He was arrested after Chinese customs alerted US customs authorities about his transactions.

The US takes this successful effort as a sign that the Chinese government is finally addressing complaints over intellectual property violations of several Chinese manufacturers. Not known to many, the two countries have reached agreements after high-level discussions over the problem. The US has been particularly bothered by the increasing volume of fake goods that are imported from China.

According to the US Customs and Border Protection, cross-border initiatives should be initiated to fight intellectual property theft on a global scale. It reminded consumers to refrain from patronizing counterfeit products to protect not just their interest but also the interest of legal businesses that take measures to develop and distribute high-quality items.

Pirated goods in the US

In a recent report released by the Commission on the Theft of American Intellectual Property, intellectual property theft costs affected US companies a total of $320 billion every year. That is equivalent to the overall value of US exports to the entire Asia in an annual basis.

Before the US-China joint action, the biggest bilateral operations by the US was the action with France’s customs agency. Within a six-month period, both US and French officials seized 470 fake electronic components like computer storage devices, memory cards, and semiconductors.