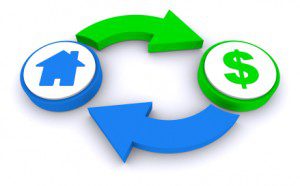 Two lawmakers are attempting to protect the rights of heirs who inherit homes from parents who received a reverse mortgage.

In a letter sent this week to Shaun Donovan, the secretary of the Department of Housing and Urban Development, Senators Charles E. Schumer and Barbara Boxer urged the federal agency to clarify reverse mortgage rules.

Reverse mortgages are a type of loan that is increasingly popular, allowing borrowers aged 62 and older to borrow against the value of their home. Reverse mortgages do not need to be repaid until the borrower moves out of the home or dies. One consequence of these loans is older children are increasingly becoming burdened with the mortgage after their parents pass away.

In the letter, Schumer (D-NY) and Boxer (D-CA) reference a recent article in The New York Times, citing concern that “an increasing number of heirs are facing foreclosure on their homes after receiving inaccurate and confusing information on their options following a reverse mortgage borrower’s death.”

If the reverse borrower dies, heirs are allowed up to 30 days to decide what they want to do, and up to six months to get financing if they wish to keep the home. Heirs are also entitled to satisfy the mortgage by paying 95% of the value of the home when the loan is due.

This discount is an important sticking point, as many homes have fallen in value since the financial crisis and since the reverse mortgage was obtained. Despite this rule, the Times reported that many reverse mortgage companies are now threatening heirs with foreclosure unless the mortgage is paid in full — even if the loan balance far exceeds the value of the home.

In the event of a shortfall if the home is sold for less than the mortgage balance, the remainder is covered by a federal insurance fund, which all reverse mortgage borrowers pay into every month.

While reverse mortgages have become a popular way for seniors to stay in their home and supplement retirement, a growing number of middle-aged children are now finding that what should have been a saving grace has left them with substantial debt.

The Senators asked Donovan to take action to “ensure heirs are accurately informed of this option and are not unnecessarily facing foreclosure at the same time they may be mourning the loss of a parent or other family member.”

The agency confirmed it will review the letter and respond.