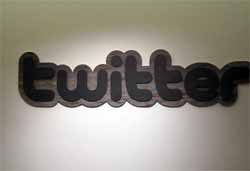 At one point in its existence, Twitter almost ditched its direct-messaging feature. But things are running differently within the micro blogging site these days. That is because according to reports, the company is considering revamping its direct messaging function to bring it to the forefront of the service for the first time.

Not known to many, Twitter has already been running internal tests of a new setting that enables its users to send as well as receive direct messages even from users who are not their followers. In fact, earlier this week, it has rolled out that special feature but only in a limited scale. Many users may not have been aware.

But according to reliable sources, the company’s new vision for direct messaging would possibly go further. It was reportedly generated from the unique idea of possibly developing and launching an independent direct-messaging application that is different from Twitter’s own app.

For now, it is still unclear what kind of revamp the direct messaging feature would take. The company obviously prefers to remain mum about its future plans for messaging. But according to analysts, the company should also address other related concerns at the same time.

Twitter should try to solve its growth problem, which is becoming serious. That is why some sources claim that the company is considering a redesign to its site. Twitter reportedly aims to address retention issues so it could bolster its overall user ranking.

If plans proceed without hassle, Twitter, according to reports, might launch several updates probably before the end of the year. It may even do so in time for its well anticipated IPO, which is slated for next month.

Some sources claim that the planned revamp could be a way for Twitter to defend itself against the rising popularity of personal messaging apps of today like Line, Kakao Talk, and WhatsApp. On its recent pre-IPO documentation, the company even cited Kakao Talk as a possible threat to its business. Other social networks such as Path and Facebook have also launched updates in their systems to address the threats on messaging capabilities from those apps.

Twitter is also reportedly threatened by the presence of Snapchat and MessageMe. According to reports, it had conducted a recent poll to find out what users like the most about Snapchat’s services. Meanwhile, some sources claimed that Twitter recently met with some employees from MessageMe although there is no available information about what the meeting was all about.