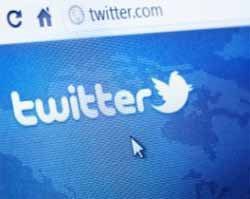 Twitter is set to launch a new advertising system on its site. The scheme would tweak advertisements shown on each user’s account. Those ads would be based on users’ preferences. The measure would enable businesses to target marketing messages only to Twitter users who have shown interests on their products and niches.

The micro blogging site admitted that the approach would initially be experimental. But it reiterated that its main goal is to make all ads on the Website become more targeted and useful to specific users. It revealed that this proposed ad system would first be rolled out in the US.

Twitter assured its users that the scheme would certainly make experiences in using the network more organized and enjoyable. It informed its users that in the scheme, they would notice that they may see fewer ads. But the ads in their accounts may surely be better and more interesting ones.

The feature would enable businesses to share identity data or email addresses from Web browsers’ software cookies. This way, Twitter could easily and effectively identify users who are interested in ads produced and posted by specific companies.

Users would have nothing to worry about in terms of privacy. Shared personal and email information would be scrambled into unreadable ‘hash’ for privacy protection. This strategy would be in line with how most other companies usually handle such a practice. Twitter assures that it would not give its advertisers more or additional data about users.

The Website reiterated that it is an active supporter of ‘Do Not Track’ or DNT. This means that if users don’t like to share his personal and email information to advertisers, they could always enable DNT in their respective browsers. This privacy preference feature could be easily defined.

Twitter also assured that it would not intentionally track any user’s browser information against his will. Twitter users who prefer to disable this feature could easily opt to uncheck ‘Promoted Content’ box found in the account settings tab.

Before this effort, Twitter recently launched its Vine for Android service. This new application would enable mobile phone users around the world to create brief but looping and ethical videos. This project is described as the visual version of the typical 140-character post limit in Twitter.