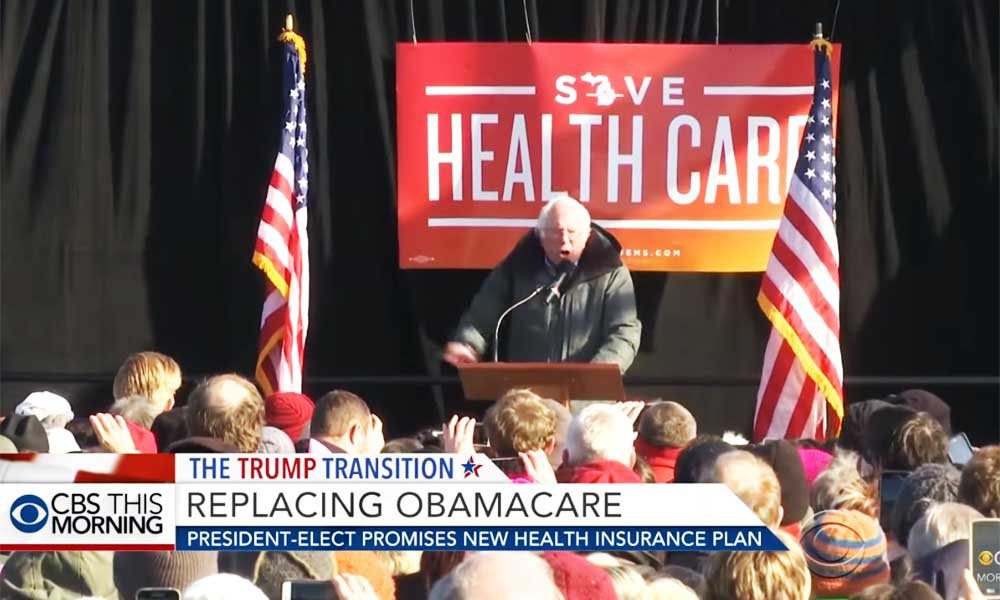 There will be ‘insurance for everybody’ says Donald Trump

In a weekend interview, President-elect Donald Trump commented that he is nearing completion of a plan to replace President Obama’s signature health-care law with the goal of “insurance for everybody,” and has made a vow to force drug companies to negotiate directly with the government on costs and prices in Medicaid and Medicare. “They’re politically protected, but not anymore,” he said of pharmaceutical companies. In response to conservative Republicans who are dubious about his pledge to ensure coverage for millions, the President-elect pointed to several interviews he gave during the campaign, where he promised to “not have people dying on the street.”

“It’s not going to be their plan,” he said of people covered under the current law. “It’ll be another plan. But they’ll be beautifully covered. I don’t want single-payer. What I do want is to be able to take care of people,” he said Saturday.

Trump’s plan, which is likely to face questions from both the right and left,  will come after the House has taken more than 60 votes in recent years to eliminate all parts of the Affordable Care Act to adopt more conservative health-care policies, which usually rely more heavily on the private sector.

“I think we will get approval. I won’t tell you how, but we will get approval. You see what’s happened in the House in recent weeks,” Trump said confidently. As he has developed a replacement package for Americans, Trump said he has paid attention to critics who say that repealing Obamacare would put coverage at risk for more than 20 million citizens covered under the law’s insurance exchanges and Medicaid expansion.

“We’re going to have insurance for everybody,” he said. “There was a philosophy in some circles that if you can’t pay for it, you don’t get it. That’s not going to happen with us.” People covered under the law “can expect to have great health care. It will be in a much simplified form. Much less expensive and much better.”

Republican leaders have said that they will not strand people who gained insurance under the ACA without coverage. However, it is still not quite clear from either Trump’s comments in the interview or recent remarks by GOP leaders in Washington on how they can ensure that keep that promise.

But what could Trump’s replacement for Obamacare look like?

CBS News This Morning reported that Trump said he would use executive power if necessary to replace the Affordable Care Act. White House correspondent for Bloomberg News talks about it here in the clip below:

Then the question is, will Trump’s plan be a better one than the Affordable Care Act?