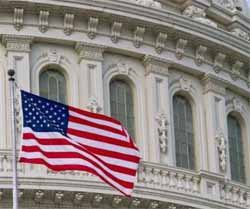 It was announced Wednesday evening that an agreement has been reached to end the government shutdown, at least until January. The agreement also involves raising the debt ceiling to prevent the United States from defaulting on its financial obligations.

With the government back in operations, more than 800,000 furloughed workers will return to work today. Museums, monuments, memorials and national parks will once again open. Mortgage applications will once again start processing.

The backlog of paperwork – almost three weeks’ worth, will take a considerable amount of time to catch up on, but at least it will be processed again. Social security disability applications will once again resume processing.

The government shutdown has been expensive. As an example, many rural areas rely heavily on tourist dollars from those who visit the national parks to see the fall colors. The Great Smoky Mountains National Park, which includes parts of Tennessee and North Carolina, keeps customers headed to businesses in many towns adjacent to the park. Reports indicate that the shutdown cost the local area anywhere from $22 million to $30 million. There will be no way that those businesses can recoup those significant losses, so the shutdown will leave a lasting impression.

The states of Tennessee and North Carolina plus some local municipalities had reached an agreement with the federal government to pay the daily operating cost, which was just over $60,000 per day, to reopen the national park.

The Smokies reopened a day earlier than the shutdown ended. Reports indicate that the agreement said that the federal government will reimburse those other entities the cost to have the national park open during the shutdown.

While many people are rejoicing that the shutdown is over and that the government won’t default, others are not as optimistic, saying that the entire scenario could be repeated again in January. In the meantime, investors are more optimistic and people around the globe are rejoicing. It may be an interesting day on Wall Street. Experts agree, enjoy it now while everything is back to normal.