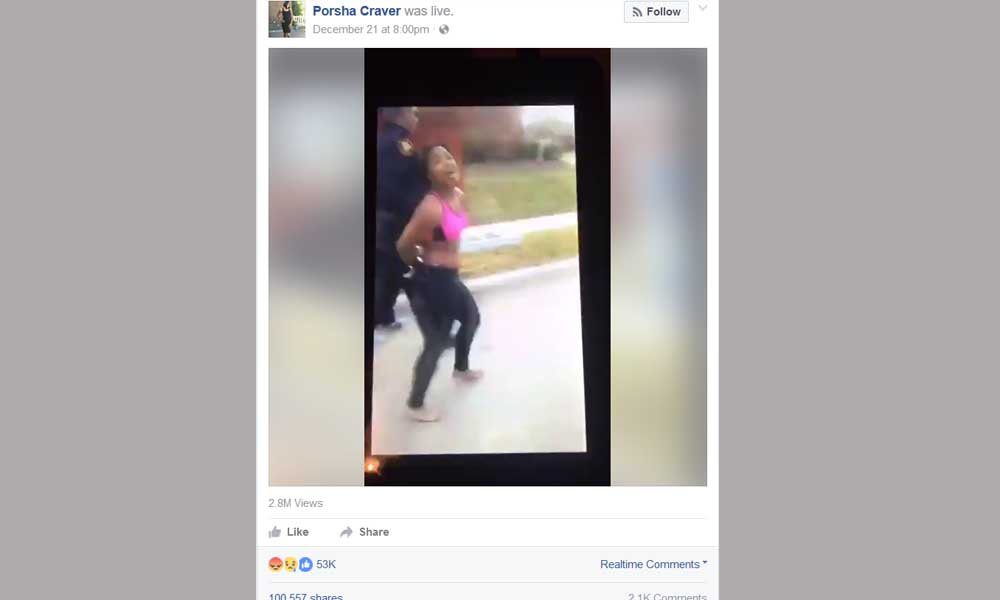 A black woman and her two daughters were arrested in Fort Worth, Texas on Wednesday by a white officer. The actions during the arrest, caught on video, has sparked a dispute about the actions of the arresting officer.

A small dispute over littering rapidly escalated leading to the arrest of the three women. The incident was caught on video and has sparked an internal affairs inquiry. The video shows the white police officer forcefully arresting the women.

“The family’s lawyer says racism is all over the incident,” said Christopher Connelly, a member of station KERA. “In a statement, the department acknowledged that the video looks bad, but urged calm until an investigation is completed. Protesters called for the officer’s dismissal,” he continued.

The events began when Jacqueline Craig called police to say that a man had grabbed and choked her 7-year-old son, accusing the child of littering. When the responding officer arrived, the two engaged in a heated argument.

The encounter was recorded by Porsha Craver, Craig’s niece, using her smartphone to film the encounter. Craver also offers her own comments about the encounter.

The video, that is nearly 6 minutes long, has been viewed about 2.5 million times on Facebook. The video shows the officer questioning Craig while she says the man should have spoken to her about her son.

In the video, Craig can be heard saying to the officer, “He can’t prove to me that my son littered. But it doesn’t matter if he did or didn’t. It doesn’t give him the right to put his hands on him.” The officer responded to this statement with, “Why not?”

The situation continued to escalate from that point on. The officer stated, “If you keep yelling at me, you’re going to piss me off, I’m going to take you to jail.”

A little while later, one of Craig’s daughters tries to step between her mother and the officer. The officer shoves her out of the way and later handcuffs her.

At the end of the video, Craver and the officer struggle over the phone before she is also arrested.

The original video was streamed live by one of Craig’s daughters, Brea Hymond, 19.

Craig said justice was not served. “It made me feel less of a parent that I couldn’t protect him when he needed it,” she said.

The Fort Worth Police Department said that “The involved officer has been placed on restricted duty status by the Chief of Police.”