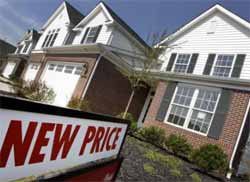 Four surviving spouses of individuals who took out reverse mortgages on their home have filed a class-action lawsuit against the U.S. Department of Housing and Urban Development, alleging HUD failed to protect them from displacement and foreclosure as required under federal law.

This lawsuit comes almost five months after a federal court ruled that HUD regulations that allow banks to foreclose on surviving spouses who are not on the mortgage or force them to pay it off contradicts a federal law designed to protect them.

In a reverse mortgage, homeowners who are 62 or older can exchange the equity in their home for a lump sum of money or receive monthly disbursements. Repayment on the loan is deferred until the borrower dies, sells, or moves out of the house. At this point, heirs may sell the home to pay off the mortgage, or come up with the full balance at once to keep the home. The amount of the loan often compounds to surpass the value of the home.

Most reverse mortgages are insured by HUD.

Age is one of the most important factors in approving a reverse mortgage, and brokers often tell couples they can receive more money if there is only one borrower on the loan. In most cases, only the oldest spouse is listed on the mortgage, according to Craig Briskin, a lawyer with Mehri & Skalet PLLC who is co-counsel in the lawsuits. To get the mortgage, the non-borrowing spouse is removed from the title.

“They don’t tell them that you’re not protected if you die,” he added.

The plaintiffs in the case live in Nevada, Florida, California, and Massachusetts. While it’s not clear how many surviving spouses are in this same situation, it is likely in the thousands, according to Jean Constantine-Davis, a senior attorney with AARP Foundation Litigation and a co-counsel in the suits.

One lawsuit against HUD has been brought by Robert Bennet. Ophelia and her husband Robert went through the HUD-required counseling before getting the reverse mortgage, but they said the issue of removing Robert from the title did not come up and they did not understand the consequences.

Following the loan officer’s advice, Robert’s name was removed from the deed when he was 66 and she was 76 and recovering from a stroke. A month after getting the mortgage, Ophelia died and her husband now faces foreclosure. He is represented by the AARP Foundation.