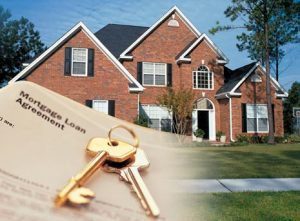 While new mortgage regulations introduced earlier this year have had little effect on lenders’ strategies, most anticipate a rougher environment head, according to a new study.

A new study conducted by Fannie Mae has found that, for the most part, lenders say QM rules have had minimal impact on business strategies, although many expect operating costs to increase as the result of the new rules.

85% of lenders have reported increases in costs for post-funding quality control activities over the last year as they work to improve the quality of mortgages, mitigate risk and prevent fraud, and expect tightening in credit standards as a result of the new rules.

80% of lenders said they do not plan to pursue non-QM loans, and 84% say they expect a minimum of 90% of their single-family mortgage originations to be considered qualified mortgages. Larger lenders, which are more secure in their ability to take on the risk of non-QM loans, were more likely to say they will expand in that direction.

In January, the Consumer Financial Protection Bureau (CFPB) implemented the QM and ability to repay rules, which restrict specific loan features and require lenders to verify a borrower’s ability to repay the loan.

The rules were mandated under the Dodd-Frank Wall Street Reform and Consumer Protection Act that created the Consumer Financial Protection Bureau (CFPB). The Ability-to-Repay rule requires lenders to verify and consider factors that indicate consumers may not be able to repay their mortgage. Home loans with limited fees, points and restrictive loan features like no negative amortization are considered Qualified Mortgages.

“In the new regulatory climate, we are seeing that a certain segment of financially sound borrowers are having difficulty finding loan products that suit their needs,” said RPM founder and CEO Rob Hirt.

There is an estimated $50 billion non-QM volume origination per year, according to Richard Mele and Ying Shen, research analysts with Deutsche Bank. They do not expect non-QM volume to rise much past $600 billion and give dominance to the FHA/VA and GSE loans and exemptions under the QM and ATR rules.