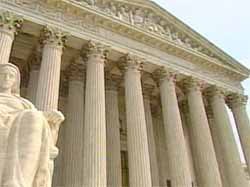 On Wednesday, in a 5/4 decision, the Supreme Court called campaign limits that restrict donors from spending as much money as they wish on candidates, political parties, and political action committees unconstitutional, restoring, according to Conservatives, the first amendment right guaranteeing freedom of political speech. The ruling eliminates the limit on political sponsorship overall, but retains the per-individual candidate donation limit for Presidential and Congressional candidates at $2,600 per election.

This leaves donors who have the wherewithal to support multiple candidates across the nation, the freedom to do so.

Chief Justice John Roberts wrote the majority opinion in which he said, “If the First Amendment protects flag burning, funeral protests and Nazi parades – despite the profound offense such spectacles cause – it surely protects political campaign speech despite popular opinion.”

Justice Clarence Thomas signed on to the holding but said he would have liked to go beyond Wednesday’s decision by eliminating all limits. Chief Justice Roberts was joined in his opinion by Justices Antonin Scalia, Samuel Alito and Anthony Kennedy.

Justice Stephen Breyer read a stinging dissent from the bench saying that the most recent decision “eviscerates our Nation’s campaign finance laws, leaving a remnant incapable of dealing with the grave problems of democratic legitimacy that those laws were intended to resolve.” He was joined in opposition to the ruling by Justices Ginsburg, Sonia Sotomayor and Elena Kagan.

When in 2010, the Roberts Court, in another 5/4 split decision, freed corporations and labor unions to support candidates at whatever level they wished, that case, referred to as Citizens United, was met with serious disapproval by democrats in general and the President in particular. It was this ruling that prompted the President to decry such freedoms from the Senate floor at the 2010 State of the Union speech, saying, in a surprisingly heinous breach of political etiquette,

“Last week, the Supreme Court reversed a century of law to open the floodgates for special interests — including foreign corporations — to spend without limit in our elections,” Obama said. “Well I don’t think American elections should be bankrolled by America’s most powerful interests, or worse, by foreign entities. They should be decided by the American people, and that’s why I’m urging Democrats and Republicans to pass a bill that helps to right this wrong.”

Following yesterday’s decision, Democrats and progressive groups spoke out against the ruling. Executive director of MoveOn.org, Anna Galland said the decision “has seriously threatened our democracy by allowing ultra-rich individuals like Shaun McCutcheon and the Koch brothers to effectively buy as many members of Congress as their bank accounts allow.”

In her comments, Galland, failed to mention that her organization, MoveOn.org is a favorite cause of multi-billionaire George Soros, who bestowed a whopping 2.5 million dollar start-up gift on the progressive organization.

The money was used to support Democrat candidates in the 2004 election cycle.