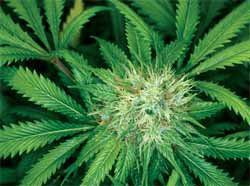 A joint study conducted by the Northwestern University Feinburg School of Medicine, Massachusetts General Hospital, and the Harvard Medical School recently concluded that casual marijuana users experience structural changes in portions of the brain responsible for rewards and aversions. This study was able to prove that these changes can be seen via MRI in subjects who are not addicted to the substance.

In the study, the brains of young adults who had been exposed to cannabis were compared to those of the same age group who had not been exposed. Other lifestyle factors, such as alcohol use and cigarette smoking, were also taken into consideration.

The National Institute on Drug Abuse lists marijuana as the ‘most common illicit drug’ used in the United States. Even though it is common, it is listed as a Schedule I drug as defined by the United States Drug  Enforcement Administration (DEA).

“Schedule I drugs, substances, or chemicals are defined as drugs with no currently accepted medical use and a high potential for abuse. Schedule I drugs are the most dangerous drugs of all the drug schedules with potentially severe psychological or physical dependence.”

Marijuana is considered illegal on the federal level, but many states have decriminalized or legalized both medicinal and recreation usage of it. Colorado and Washington were the first states to legalize recreational usage of the drug.

While it is considered to have no medical use by the DEA, THC, a substance naturally present in cannabis, is used for medical purposes in commercial drugs. The non-illegal medication is commonly prescribed for symptoms of pain or nausea. Other substances found in the plant, such as Cannabidiol, are being researched for their medicinal properties. These substances are also believed to be effective in treating pain as well as neurological disorders.

Prior to this study, researcher stated that little was known about marijuana’s effect on the human brain among the medical community.

Similar studies had previously been conducted on animals, but the recently published study is one of few to be completed on recreational marijuana users. The results of the study are published in the Journal of Neuroscience