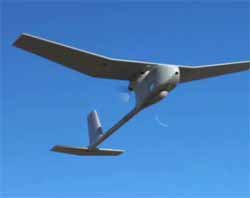 Within the next few years, thousands of civilian drones are expected to take to the skies over the U.S. There are concerns that these drones could be used to spy on Americans, so several states are taking up legislative efforts to regulate the aircraft, which are unmanned.

Varied legislation regarding drone regulations have been introduced in more than 40 states this year. Many of those bills seek to regulate the use of law enforcement’s information gathering drones. Some of the legislation require search warrants be used to acquire drone information. Some of the bills have been stalled or are still pending passage. Virginia has put a two-year moratorium on drone usage by any law enforcement officials to ensure adequate time to develop proper guidelines.

Domestic drones are designed to resemble small radio-controlled airplanes and helicopters that are flown by hobbyists. Drones can also be used to help monitor floods and other emergency situations. They can be used to survey crops and aid with search and rescue efforts. Privacy advocates, however, are worried because the aircraft can carry cameras and other equipment that can be used to capture photos and images of people and property.

The Federal Aviation Administration (FAA) has approved more than 1,400 requests for drone use from governmental agencies and public universities who want to operate the aircraft for research and public safety since 2006. In the last five years, since 2008, approval has been granted to at least 80 law enforcement agencies for drone use from the FAA.

As many as 7,500 small drones could be operating domestically within the next few years, according to the FAA. A federal law that was enacted in 2012 requires the FAA to develop a plan for the safe integration of the aircraft into U.S. airspace no later than September 2015.

It is predicted that unmanned aircraft systems could generate billions of dollars in economic impact within the next few years. The Association for Unmanned Vehicle Systems International, which is based in Arlington, Va., said privacy concerns are unwarranted.

The American Civil Liberties Union supports legislation that would regulate drone usage and require search warrants. However, the ACLU would also like to see weapons banned from domestic drones and limit the timeframe on how long drone data can be kept.

The size of drones vary greatly, ranging from the size of a bird to the wingspan of a Boeing 737, but representatives say most law enforcement agencies would use drones around two pounds and with a maximum 15 minute flight.