Elon Musk must be pleased to receive a nice little Christmas bonus from the State of California in the form of a tax break worth US$ 34.7 million. Earlier today, SFGate reported that Tesla Motors Inc (NASDAQ:TSLA) [stockdata ticker=”TSLA”] will get the tax break to develop and increase production of electric cars as well as powertrains. 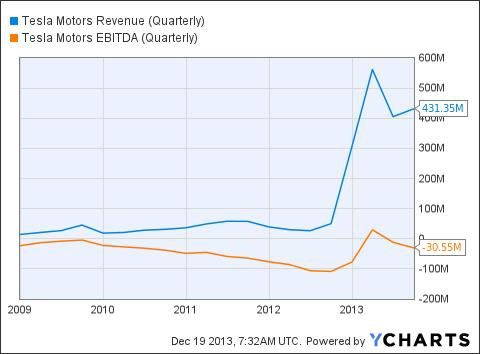 In the United States, only a number of states impose any tax on the purchase of capital equipment for manufacturing purpose. However,  the California Alternative Energy and Advanced Transportation Financing Authority (CAEATFA) granted this tax benefit to Tesla in order to “encourage” clean technology development in the state. This is indeed a win-win deal for the State of California, as Tesla’s investment will create additional 112 new jobs at its production facility in Fremont. Furthermore, a greater number of vehicle sales will produce more revenues in terms of sales and income tax in future.

Palo Alto based Tesla is planning to invest US$ 415 million in new manufacturing equipment next year. Besides building electric car equipments to build its popular line of cars, such as the Model S, currently the company builds powertrains for other car manufacturers like Toyota and Daimler. During 2014, Tesla was aiming to build 21,500 Model S sedans. However, once the new manufacturing equipment is installed and operational, they will be able to produce another 35,000 units of Model S sedans for the growing market, which will ultimately increase its total production capacity to 56,000 per year. So far, Tesla management didn’t comment on any plan to increase the production.

While this Holiday gift to Tesla may turn out to be a good encouragement for Tesla in the long-run, Tesla’s next car, the Model X, will be launched almost after another whole year, by the end of 2014. Hence, there will be hardly any short-term gain from this tax break on Tesla’s balance sheet.

As of today, Tesla’s (NASDAQ:TSLA) [stockdata ticker=”TSLA”] stock was trading at US$ 148 per share. However, some experts, including Dr. Aswath Damodaran, a professor at the NYU Stern School of Business, have come up with an intrinsic value of just US$ 67.12 per share for Tesla. I am assuming that Tesla will grow to be as large as Audi, while delivering operating margins closer to Porsche’s. Even with these assumptions, I cannot see a rationale for buying the company at today’s market price, but that is just my personal judgment,” Said Dr. Damodaran in a blog post in early September 2013.

Tesla’s Model S is indeed a nice car. However, the infrastructure it requires to be a solid alternative to fossil fuel run cars are yet to be implemented nationwide. Which is hindering Tesla’s growth prospect. Also, it hardly reached breakeven in 2013, before its EBITDA went negative again last quarter, concerning investors about the efficiency of its business model.