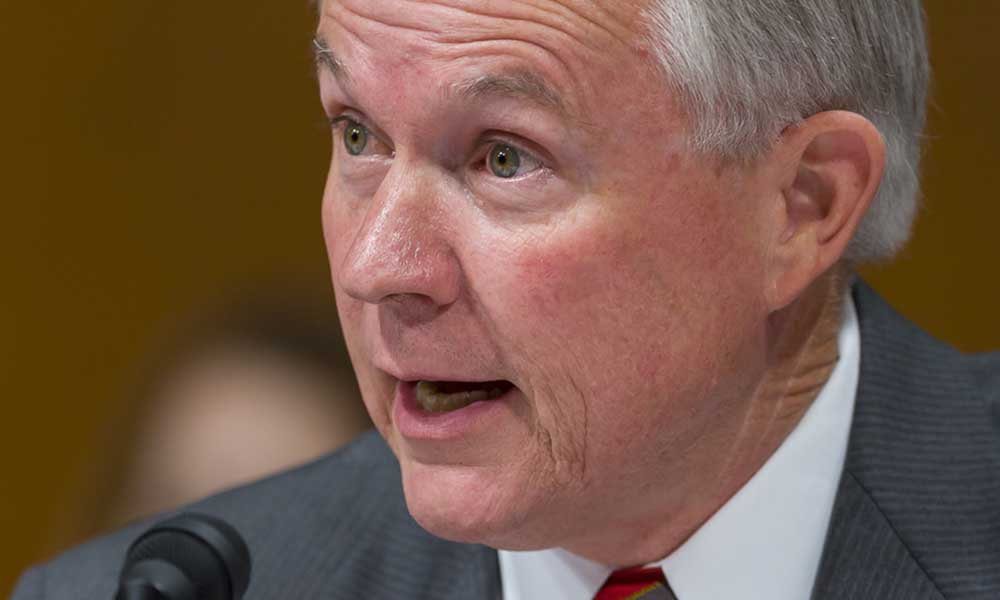 On Wednesday, Attorney General Jeff Sessions pledged aggressive criminal prosecution of drug dealers and gun-toting felons to combat what he described as a troubling rise in violent crime.

“I am determined that this country will not go backwards,” Sessions stated, as he addressed law enforcement officials in Richmond. “President Trump gave us a clear directive. It’s the policy of this administration to reduce crime in America, not preside over an increase in crime, but reduce crime.”

Sessions traveled to Virginia’s capital to highlight Project Exile, a two-decades old federal program that punishes felons caught carrying guns with mandatory five-year prison sentences. Trump has said he would make crime-fighting a priority and has taken steps, including ordering the creation of a task force to recommend strategies.

“The crime rate in our country remains at historic lows,” Sessions acknowledged in his remarks. “But we’re beginning to see an increase again.”

He attributed that increase to less forceful prosecutions and lower sentences, a declining prison population and a growing opioid epidemic. He also said that “in this age of viral videos and targeted killings of police,” police officers in many communities were afraid to do their jobs.

The solution, he said, is to “hammer” drug dealers and other criminals while bringing back the drug abstinence campaigns of the 1980s and 1990s.

“We have too much of a tolerance for drug use,” Sessions said. “We need to say, as Nancy Reagan said, ‘Just say no.’ There’s no excuse for this, it’s not recreational. Lives are at stake, and we’re not going to worry about being fashionable.”

Sessions also shunned the idea that medical marijuana can be used as an alternative painkiller to prevent or treat opioid addiction.

“I’ve heard people say we could solve our heroin problem with marijuana,” he said. “How stupid is that? Give me a break!”

After his speech, Sessions told reporters he was “dubious” of medical marijuana in general.

“Medical marijuana has been hyped, maybe too much,” he said, adding that his office may rethink parts of a policy largely allowing individual states to legalize marijuana use, which was created under the Obama administration.

As he recalled his own time as an assistant US attorney in Alabama, Sessions said “the people in those communities were pleading with us to get the thugs off the street.”