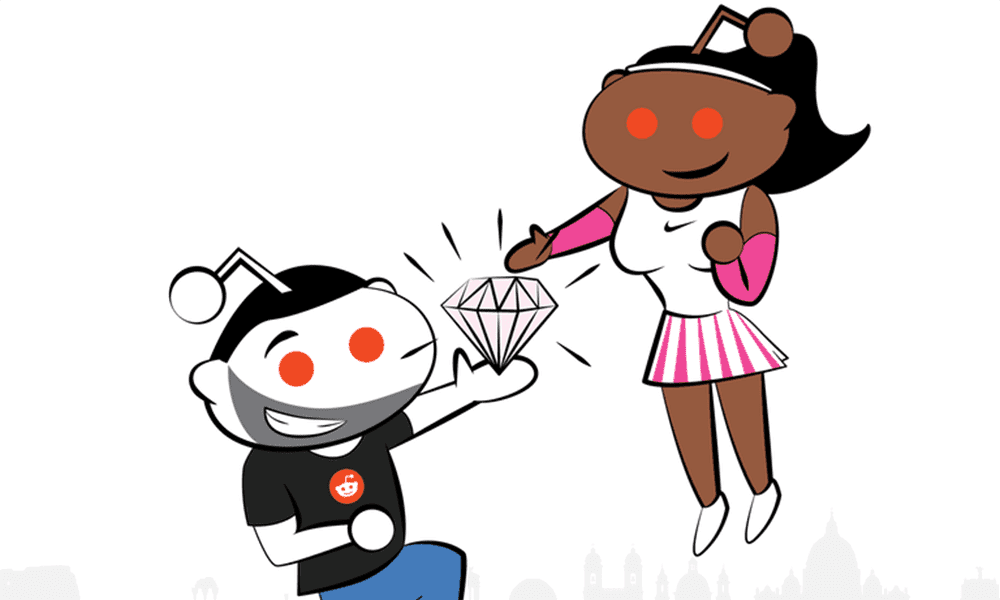 Tennis player Serena Williams is engaged to Reddit co-founder Alexis Ohanian, according to a spokesperson for Ohanian.

The spokesperson confirmed that Ohanian popped the questions while the two were vacationing in Rome.

Williams announced the news first herself in a Reddit form titled “r/isaidyes.”

“I came home/A little late/Someone had a bag packed for me/And a carriage awaited” Williams said in her Reddit post, that was written in the style of a poem. “Destination: Rome/To escort me to my very own ‘charming’/Back to where our stars first collided/And now it was full circle/At the same table we first met by chance/This time he made it not by chance/But by choice/Down on one knee/He said 4 words/And/r/isaidyes.”

According to Williams, Ohanian whisked her away to Rome, which is the place where they first met, to pop the question to her.

Ohanian also announced the engagement on his Facebook page.

The cartoon drawing featured in Williams’ Reddit post was headlined “Future Mrs. Kn0thing.” Ohanian has long gone by the Reddit panhandle Kn0thing. The cartoon drawing was also a tribute to the website itself by featuring the characteristics of its mascot.

Ohanian snuck his own response to Williams’ post in on the comments, writing, “And you made me the happiest man on the planet.”

Kelly Bush Novak, a spokesperson for Williams’, said that a wedding date has not yet been set for the two. She also noted that the two had known each other for some time before they started dating last fall.

Williams, 35, is the highest-paid female athlete in the world. She is also one of the greatest American athletes alive today.

In September, she took the title for most all-time Grand Slam match victories, winning her 308th in the U.S Open.

Ohanian, 33, who is not as commonly known amongst the general public, has made a name for himself for starting the site Reddit with his college roommate, Steve Huffman, 11 years ago.

Huffman is now serving as the CEO of the popular link-sharing site.

Ohanian is also the best-selling author of the book, Without Their Permission.

The Reddit co-founder even has his own subreddit, /r/alexis. Ohanian is also an activist and investor, in addition to being an internet entrepreneur and author. He is originally from a Brooklyn borough of New York, the entrepreneur is now based in San Francisco.

The two has mostly kept their relationship out of the spotlight. Williams does occasionally post an Instagram photo of the two of them.