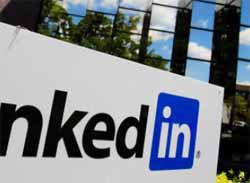 NEW YORK – Professional social network, LinkedIn (NYSE:LNKD) [stockdata ticker=”LNKD”] had been a darling of investors most of this year as the company’s share price rose by more than 115 percent.  However, the last month has been a different story as news of email snooping by the company has chased shares down almost 3 percent.

For LinkedIn’s part, they want users to know that the new Intro app is as secure as the company could make it.  The app, which was released last week, creates on-the-fly profiles of the people you e-mail.  However, in order to do its job, the app also has to make it so that all of your e-mail — both incoming and outgoing — goes through LinkedIn’s servers.

This has several security experts upset.  According to Graham Cluley, ‘to give them credit, from the engineering point of view, [Intro] is pretty nifty.  But from the security and privacy point of view it sends a shiver down my spine.’

However, LinkedIn security manager Cory Scott wrote in a blog post last week, ‘when the LinkedIn Security team was presented with the core design of Intro, we made sure we built the most secure implementation we believed possible.’  While it is great to see that LinkedIn gave Intro the security treatment that it absolutely requires, it is clear that the fears about Intro are much larger than Intro itself.  Especially at a time when news of NSA snooping is all over the press.

How LinkedIn overcomes this challenge to the perception of snooping and security issues will be key to the company’s prospects in 2014.  Increasingly the company is the platform of choice for hosting a professional profile, but questions about privacy could force users or even companies to rethink their presence.

In many ways, the security concerns will overshadow the company’s third quarter earnings report, which is scheduled to be announced today.  While analysts are expecting earnings per share of $ .31 and $385.4 million in revenue, it remains to be seen whether share will rebound if the company meets their numbers. For investors, now might be an opportune time to cash out your earnings before shares contract even further.

Shares of LinkedIn opened down 1 percent on Tuesday.