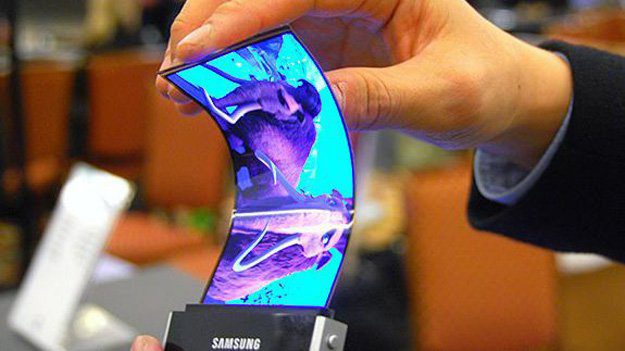 Samsung has been long rumored to be working on a foldable smartphone. In fact, the rumors about such a device started way back in 2014 and has continued to come up every once in a while, including earlier this year. Now, new reports throw more light into the company’s foldable smartphone plans.

According to the ETNews from South Korea, Samsung is expected to release a new product next year called as the “smartlet”. This could be the new term coined for foldable devices, but currently this name is just used internally. The product is unique in the sense that it can be folded like a book. So, it is a 5-inch device when folded, but when the user opens it up, it transforms into a 7-inch screen device.

Samsung displays have shown off its achievements previously, including foldable displays. It is said that the company will be using these bendy plastic displays inside the new device also dubbed as ‘Foldable Valley’. The company has reportedly put in three years in developing this technology and will start mass producing the device later this year. So, one can expect the release to be sometime early 2017.

Samsung’s display division has been in the limelight for its foldable displays. In fact, the company had revealed earlier that it was planning to release foldable devices in 2016. And it’s said that these devices are already in the testing phase in China.

Usually, displays are made on glass, which makes it impossible to bend them. However, Samsung has managed to make high-res screens on extremely thin plastic which enables bending of the display. But Samsung is not the only player in the market with a bendy screen. Even LG has demoed its foldable display technology and even demonstrated a bendable TV at IFA last year.

However, there haven’t been much information about LG’s plans for a foldable device.

Specs wise, it is said that the foldable smartphone will come in two versions, one powered by Snapdragon 652 and the other by Snapdragon 820. Other possible specs include 3GB RAM, non-removable battery and MicroSD card slot. None of these specs have been confirmed so far.

Earlier rumors said that the phone may release as soon as this year. But this new rumor suggests an early 2017 release. Only an official confirmation from the company can now confirm the actual release date of such a handset.