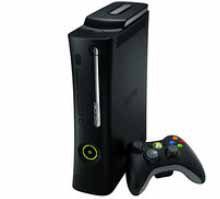 As anticipation goes higher for upcoming consoles, overall retail sales of video games dropped by 15% across the entire US last June. This information was based on data released by NPD Group Inc, a retail tracking firm based in New York. Total sales fell to $593.3 million year-on-year.

According to industry analysts, the decline was not surprising. The market for games and consoles has been performing sluggishly in the last two years because more consumers prefer to play online-based games on tablet PCs and smartphones. At the same time, hard-core video game players wait until they get hold of the new consoles, which would be released sometime this year.

Overall transactions for all video game hardware and software across the US were about $1.2 billion last month. Those figures include sales of used games, digitally delivered content, and rentals. Physical sales accounted for half of the amount.

How did the major players fare? Microsoft Corp disclosed that up to 140,000 units of Xbox 360 were sold last month. Sales of all products and accessories related to the console summed $197 million. Sales volume for the console fell 46% from the same month last year.

For its part, Nintendo Co was able to sell 225,000 units of its 3DS consoles. June was the second consecutive month that The Japanese video game console maker outpaced sales of Xbox 360, which has been the best selling hardware for many months. Its Wii U that sells for $300 each console also underperformed.

Ouya Inc’s cheap console was up for relatively lackluster sales. The startup firm’s $99 console drew attention and anticipation as it was the most reasonably priced in the market. The company plans to further invest $1 million to further develop more games that are exclusively accessible in the device.

Meanwhile, it is still not clear how the industry sales figures would be affected by the entry of new consoles into the market in the coming months. New releases are usually set by September to November before the holiday shopping season.

Sony Corp is set to launch its PlayStation 4 sometime this year. The new version of the console would cost $399 each. Microsoft’s Xbox One would also be released by the end of the year at about $499 per unit.