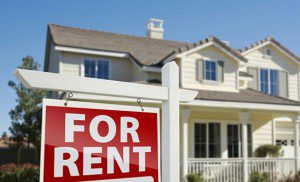 In May, national apartment occupancy rose once more to reach the highest level in six years, according to Axiometrics, an apartment data and research firm. 95% of all rental units are filled despite thousands of new units becoming available.

The news has been a surprise to investors, who have largely moved out of multifamily real estate investment trusts (REITs) as everyone focuses on improving home sales. The S&P index of residential REITs has climbed almost 14% from the previous year and close to 20% year-to-date.

“It’s a pleasant surprise because it’s coming at a time when new supply is flooding the market,” said Stephanie McCleskey, director of research at Axiometrics. “One reason occupancy is rising is that, not only are people moving into these units, but they’re also moving into Class B units at a lower price point.”

Axiometrics has found that close to 180,000 new apartment units have become available throughout the country in the last 12 months, while growth in rental prices in May was the highest in 16 months at 3.5%.

While home sales have slowed, there are many reasons the rental market remains stronger. Many Americans are faced with poor employment, high levels of student debt and a lack of confidence in investing in a home, at least for now. Employment rates for millennials is close to the national average and the housing recovery is pushing home prices higher, along with rising interest rates.

The rental market has been so strong that many renters are having trouble finding a place to live as rental prices soar. Rents are reaching new records in many areas, such as Colorado, where rent has gone up 8% in the last year to an average of $1,000. In Manhattan, rental prices rose more than 3% in May alone to $3,300, which is the third consecutive monthly increase. Denver is experiencing the tightest rental market in more than a decade, where it is 38% cheaper to buy a home.

There are some areas in which rent has decreased dramatically over the last year, including Hammond, Louisiana, Columbia, Missouri, Victoria, Texas, and Lebanon, Pennsylvania, all of which have seen rent drop by around 30% year-over-year.

The highest increases in rent nationally have occurred in Wooster, Ohio, a metro area southwest of Akron where prices increased more than 85% from May 2014, or from $536 to $995. Other top contenders for rent increases include San Angelo, Texas and Glen Falls, New York.