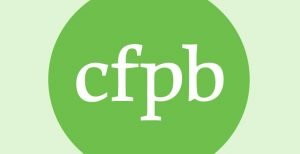 On Thursday, the agency released a report saying bank customers, especially young adults, continue piling up overdraft fees. The report also found most debit card overdraft charges, which average $34 each, involve transactions of $24 or less and are paid back within 3 days.

“If a consumer were to get a loan on these terms, that would equate to an annual percentage rate of over 17,000 percent,” said CFPB Director Richard Cordray.

Regulators and consumer advocates have long called overdraft charges expensive debt that most often hurt consumers of low income. Many customers who have accumulated hundreds or thousands of dollars in overdraft fees have dropped out of the banking system completely.

In 2010, federal regulators began requiring banks to obtain a customer’s consent before charging fees for allowing overdrafts of debit card purchases and ATM withdraws. A previous CFPB study found that up to 40% of new customers at some banks choose to accept overdrafts.

The CFPB found that 1 in 5 customers who opt in for overdrafting overdraft their account over 10 times per year and pay seven times more in fees than customers who do not. Heavy overdrafters face $900 in additional charges per year, according to the 2013 report.

While some banks have stopped overdrafts, such as Bank of America, and instead just deny purchases if customers do not have sufficient funds, other banks have put in place voluntary limits on the number of overdrafts that may be charged in a single day. Citigroup does not charge overdraft fees for debit transactions or ATM transactions.

The CFPB is now studying what bank customers are told when they opt in for these fees. The agency is considering new regulations to improve consumer awareness about these fees and restrict how banks may debit transactions and charge fees.

In 2013, banks and credit unions made $31.9 billion in overdraft fees, according to research firm Moebs Services. Large banks collect most of these overdraft fees, although small banks, which are more dependent on fees, collect between 5 and 15% of this amount.

New regulation may change the process by which customers opt in to overdrafts, as consumer groups say consumers are often confused about whether or not they have opted in. Legislation may also address the order in which transactions are debited from a customer’s account. A court case against Wells Fargo found the bank manipulated transaction order to maximize overdraft fees.