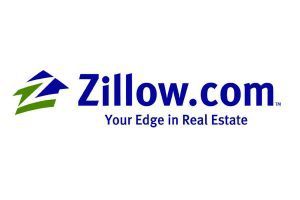 Zillow, the largest real estate website in the United States, is in talks to buy the second-largest website, Trulia, for up to $2 billion in cash and stock, according to people close to the matter. An agreement may be announced as soon as next week, Bloomberg reports, if the deal is finalized. Neither company would comment on the talks.

If Zillow does purchase Trulia, it would create a dominant search website for potential home buyers in the United States. Both companies help home buyers and renters find home information and generate revenue by selling advertising space and charging Realtors to play listings prominently on the sites.

Combined, Zillow and Trulia had over 85 million unique visitors in June. This represents about 89% of all traffic to the 15 most-visited real estate websites tracked by ComScore.

Zillow and Trulia have changed the home-buying process for millions of homeowners who start their search online. Trulia offers an app that allows potential buyers to shop on their smartphones, while Zillow has become the most popular way for buyers to estimate how much a home is worth.

Since it went public three years ago, Zillow shares have increased sevenfold. Trulia stock has tripled since its initial public offering in 2012. Both companies compete with with smaller companies like publicly traded Move Inc., and Redfin Corp., which is backed by venture capital firms.

If Zillow purchases Trulia, it will be the largest acquisition to date for Zillow Chief Executive Officer Spencer Rascoff, Bloomberg reported, after the purchase of Streeteasy.com for $50 million in 2013 and the purchase of apartment search website HotPads Inc for $16 million the previous year. Zillow also recently acquired Vancouver-based Retsly Software Inc., a real estate software company.

Trulia’s revenue is predicted to increase 76% this year to $253 million, after nearly doubling last year. Zillow’s revenue is expected to hit $311 million this year, rising 58% year over year.

According to Chris Merwin, an analyst with Barclay’s Capital, buying Trulia would help Zillow decrease costs and save money on technology, while strengthening the company’s position with brokers and agents who pay a monthly fee to list properties.

Some analysts warn that the move could backfire, as many real estate agents do not believe mass-market websites like Zillow help them close deals.