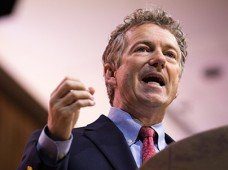 Senate Intelligence Committee Chairman Dianne Feinstein has claimed that the CIA hacked her staff’s computer during a dispute over a committee report on waterboarding. This accusation from Feinstein has fueled a harsh response from others in Congress, including Kentucky Senator Rand Paul and South Carolina Senator Lindsey Graham.

“There’s an incredible arrogance to me that the CIA thinks they can spy on a committee that is providing oversight for the CIA, and I think it’s a real, very serious constitutional breach. This cannot happen in a free country,” said Senator Paul last Thursday outside the Senate chamber.

Senator Feinstein had spoken out on the Senate floor last week to make the claim that “The CIA did not ask the committee or its staff if the committee had access to the internal review or how we obtained it. Instead, the CIA just went and searched the committee’s computers.”

Feinstein suggested that the CIA violated the committee-members’ fourth amendment rights of search and seizure, and that legal action should be taken.

This is a major accusation to throw at the CIA, as the consequences of being caught spying on a Senatorial committee are sure to be harsh should Feinstein put forward evidence of wrongdoing.

CIA director John Brennan immediately denied Senator Feinstein’s accusations, telling NBC, “The CIA was in no way spying on the committee or the Senate.”

Brennan also spoke with the Council on Foreign Relations, and said “as far as allegations of CIA hacking into Senate computers- nothing could be further from the truth. We wouldn’t do that. I mean that’s, that’s, that’s just beyond the scope of reason.”

Senator Lindsey Graham of South Carolina commented on the accusations, saying “Heads should roll, people should go to jail, if it’s true… I’m going to get briefed on it. If it is, the legislative branch should declare war on the CIA, if it’s true.”

“I tell you, you take on the intelligence community, you’re a person of courage, and she does not do that lightly. Not without evidence—when I say evidence, I mean documentation of what it is that she is putting forth,” said Pelosi.

The CIA and its director are facing a mountain of criticism from congress. There is a good chance that the justice department will get involved in the investigation into the supposed hacking, as Feinstein is accusing the CIA of clearly violating the law.