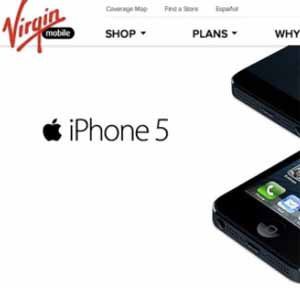 RadioShack has started selling Virgin Mobile deals on Apple Inc’s iPhone 5. The electronics retail chain has been one of the first retailers to carry the mobile network’s no-contract offers for consumers who want to buy the latest iPhone. It was announced last week that the retailer would begin rolling out the deals on June 28.

This is not the first time for RadioShack to sell iPhones on Virgin’s mobile network. Before it began selling iPhone 5, it has already been selling iPhone 4 and iPhone 4S within the network’s no-contract offerings. The retailer has also been offering iPhones that run in various mobile networks like AT&T, Sprint, and Verizon.

Virgin Mobile last week announced its scheme to offer the latest models of the Apple handset without any service contract. During that time, it did not name specific retail outlets that would be carrying the deal. The move is a clear strategy to set itself away from the Top 3 carriers that are also providing those handsets minus the attractive promo.

iPhone 5 is set to be available in black and slate. There will even be white and silver handsets. By the time of its announcement, it was not clear if RadioShack will be offering Virgin Mobile iPhones in 32GB and 64GB versions. Now, the retailer has already revealed that 16GB iPhone 5 units will be sold at $549.99. The 32GB and 64GB models will be sold for $649.99 and $749.99, respectively.

In comparison, iPhone 5 units from Virgin Mobile that are sold could facilitate total purchase savings of about $100 against Apple’s own pricing per unit. A buyer could also opt to take Virgin Mobile’s current Beyond Talk plans, which require a $35-monthly rate for up to 300 anytime minutes in 2.5GB, 3G, and 4G data. Data speeds could be slower when the specified monthly allotment is reached.

Those who use older iPhones could also come to any RadioShack store to trade in their older and outdated iPhone devices (iPhone 4 and iPhone 4S). Customers who do so are given $50-network credit.