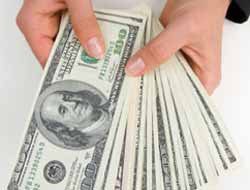 Payday loans have long been a problem in the United States. The short-term loans target borrowers who are between paychecks and need a relatively small amount of cash. With a minimal glance at the borrower’s financial situation, the lender provides a small, short-term loan with an interest rate that may top 400%.While this service can be excellent for some borrowers who have the means to pay off the loan quickly, many are unable to escape and are left trapped in a cycle of debt, getting new payday loans to pay off the old ones.

Rising payday loan debt as well as harassment by companies collecting on outstanding payday loans has become a growing problem in Minnesota. While many states have enacted regulations to protect consumers, Minnesota and other states have very little regulation over this growing industry, which has doubled distribution in the last 5 years.

Last week, Rep. Joe Atkins introduced a bill designed to regulate the payday loan industry in Minnesota, the Minnesota Daily reported. The legislation would protect consumers through a ban on giving potential borrowers a loan that an agency knows they cannot pay back. The law, if passed, would also ban companies from offering payday loans to individual borrowers more than four times each year, and it would increase scrutiny on debt collection methods.

Idaho is also preparing to pass much-needed regulation on payday lending. While many states have capped maximum loan amounts and interest rates of payday loans, Idaho has had a largely hands-off approach to regulation. Last week, a payday lending bill passed the Idaho Senate. This legislation includes measures to protect borrowers from falling into a cycle of debt. Current law in Idaho caps these loans at $1,000, but the new bill would cap the loans at 25% of the borrower’s gross monthly income. The legislation also aims to cap the number of bounced check fees at 2 per loan.

Few states ban payday loans outright; among them is Pennsylvania. Earlier this month, state Rep. Chris Ross (R) and state Rep. Pay Browne (R) sponsored a bill that would remove Pennsylvania’s 24% interest rate cap to invite payday lending into the state. The Senators have said that payday lenders would offer an option to dozens of poor communities without access to loans, although it would come at a cost, with short-term loans provided at interest rates of more than 300%.