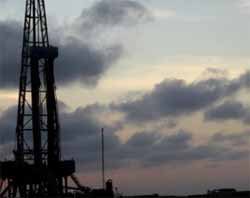 Recent spikes in oil prices are not necessarily good for the economy, according to economic experts. The recent crisis in Egypt, which has resulted in removing the president from power and continuous civil unrest and protests causing death and physical injury has greatly impacted the oil market.

Thus, the cost of a barrel of oil traded higher than $102 per barrel on Wednesday, which was the highest price in more than a year.

Experts fear that Egypt’s political crisis could cause oil prices to spike if the civil unrest leads to a disruption in supply because of a problem getting the supply through the Suez Canal. The Egyptian political turmoil is causing a heightened uncertainty in markets and raises fears of supply disruptions as well.

Experts say that if the price of oil spikes higher than $105 per barrel the stock market could suffer. Andrew Busch, of the Bush Update newsletter, told USA Today that the elevated levels past $105 per barrel begins to act as a tax on consumers and hurts their spending on goods and services. Experts explain that consumer spending accounts for 70 percent of economic activity.

Experts explain that there is danger in the potential combination in the rising oil prices and rising interest rates at the same time. They indicate that the two occurring at the same time can put a significant hold on economic growth by reducing consumer spending.

However, with Egyptian President Mohammed Morsi removed from office and the Egyptian Army taking control of the situation, experts say the oil supply should not be affected and the civil unrest should cease. The BBC has reported that analysts in Egypt are optimistic about a “post Morsi economy.”

Many experts expect the price of oil to begin to drop after the Fourth of July holiday, when trading resumes on Monday. If the prices for barrels of oil do drop, then many of the concerns about economic woes may be resolved for the time being. Experts hope the concerns regarding the oil supply have been resolved.