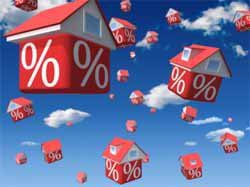 In a sign that lessons from the housing collapse have not been learned, investigators disclosed on Thursday that government-backed housing giants Freddie Mac and Fannie Mae purchased billions of dollars of mortgages in 2013, despite red flags about their appraisals.

The report from the Federal Housing Finance Agency inspector general gave a new warning that both of the mortgage giants are still engaged in risky practices. Both Fannie and Freddie are supervised by FHFA as part of a taxpayer conservatorship, and the inspector general has been asked to ensure both avoid risky behavior.

A residential appraisal report on property offered as collateral for a mortgage is considered crucial to underwriting a loan. Fannie and Freddie’s selling guides include requirements that lenders must follow when contracting an appraisal. Lenders have the responsibility of choosing the appraiser, ordering the appraisal, and reviewing the report to determine if the property serves as adequate collateral. The mortgage giants also have requirements that appraisers must be licensed and certified in the state.

Prior to 2012, there was no system in place to gather, analyze, and responsed to appraisal data to make sure loans sold to Fannie and Freddie met the requirements before purchase. In March 2012, a new portal was put in place to analyze appraisals on single-family loans with the intention of improving data quality and ensuring compliance.

FHFA’s Office of Inspector General completed an evaluation of how well FHFA is overseeing Fannie and Freddie’s use of appraisal data before buying mortgages, and this report was released today. The OIG concluded that, while the two companies have made progress, more must be done to minimize risk.

From January 2013 through June 2013, Fannie Mae bought more than 56,000 mortgages which may have had violations in underwriting requirements. 4,500 generated more than 1 warning message, with up to 9 messages per appraisal. Fannie Mae still purchased all of the loans for more than $13 billion.

From June 2013 through September 2013, more than 29,000 out of 135,000 appraisals run through the portal generated one of Freddie Mac’s warning messages, alerting that either no property value could be provided or the value was questionable. Freddie purchased all of the loans for nearly $6.7 billion.

The OIG also found that between June 2012 and June 2013 there were 414,000 appraisals for properties totaling almost $88 billion which were flagged due to an unverified appraiser’s license.