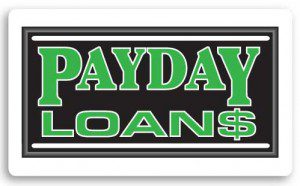 On Wednesday, the Ohio Supreme Court ruled that a two-week loan to an Elyria man imposing an interest rate of more than 235% was not prohibited under Ohio’s mortgage lending laws in a major victory for payday lenders.

The court sent the case of Rodney Scott versus Ohio Neighborhood Finance, owner of Cashland stores, back to trial court for further proceedings in a unanimous decision. This reversed a Ninth District Court of Appeals ruling that the lender wrongly used a mortgage lending license to get around Ohio law cracking down on payday loans.

In the decision, the Ohio Supreme Court upheld a loophole in state law that allows payday lenders to operate without restrictions established by lawmakers.

In 2008, Rodney Scott took out a $500 loan from Cashland. When the loan was not repaid in two weeks, Cashland sued Scott. The fees and interest on the loan totaled an APR of more than 245%, well above the 28% cap imposed on payday lenders under the 2008 Short-Term Lender Act. If the loan had been paid back in time, Scott would have paid less than $6 in interest.

Consumer advocates attempted to close the loophole that allows payday loans to continue as interest-bearing mortgage loans. The case was watched closely by consumer groups as well as lenders.

While the Short-Term Lender Act (STLA) was meant by Ohio lawmakers to apply to payday loans, the justices found that it was not written to that effect, and it should have defined “short-term loans” more broadly, according to Justice Judith French.

In 2010, it became clear there was a problem with the original law and the Democrat-controlled House passed a bill that would have prohibited payday lenders was offering the expensive loans under a different section of the law. The bill died in the Republican-controlled Senate.

Justice Paul Pfeifer cited the fact that not one lender has signed up under the terms of the 2008 law as proof that it is ineffective.

Bill Faith, executive director of the Coalition on Homelessness and Housing in Ohio, said lawmakers sent a clear message when the passed the payday lending restrictions in 2008. He called it a sad day for consumers, adding that it is “an even sadder day for hard-working Ohioans who continue to be exploited by getting trapped in these payday lending schemes.”

It is unclear whether lawmakers will attempt to impose new controls on the industry.

Ohio has one of the highest rates of payday loan usage in the United States, with 10% of Ohioans using a payday loan in the last five years, according to a 2012 Pew Charitable Trusts survey. On average, borrowers take out 8 payday loans per year, spending $520 on interest to receive a $375 loan.