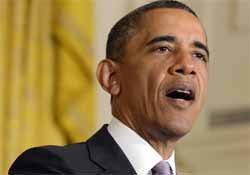 While campaigning for the passage of the Affordable Care Act, one of President Obama’s frequent promises was that if Americans liked their plan they would be able to keep it and that the costs of health care will come down; however, a new report by Forbes reveals that families can expect to pay substantially more under Obamacare.

On June 5, 2008, then candidate Obama boldly declared, “In an Obama administration, will lower premiums by up to $2,500 for a typical family per year… We’ll do it by the end of my first term as President of the United States.”

Despite these lofty claims, the experts working for Medicare’s actuary have once again reported that in its first 10 years of operation, Obamacare, rather than decrease health care costs, will instead boost health-care spending by “roughly $621 billion” above the amounts Americans would have spent if the law had never been passed.

To put the $621 billion in perspective, Forbes contributing writer Chris Conover broke the numbers down to show the cost for the average American family. By taking the latest year-by-year projections of the cost and dividing it by the US population and then multiplying that amount by four Conover comes up with the cost, as per the Medicare actuaries, to be $7,450 for a family of four.

Lest someone attribute Obama’s statement to being one made on the campaign trail and before the Affordable Care Act became law, the president echoed similar sentiments just last year during his reelection campaign.

In a statement indicating that reveals that rather than admitting his past optimism about the cost of his signature health care plan were incorrect, the president doubled down telling small business owners “your premiums will go down.” This assertion was made despite the fact that in three separate reports between April 2010 and June 2012, the Medicare actuaries had demonstrated that Obamacare would increase health spending.

Cordovan postulates that rather than use the common term “Obamacare” the media should now begin to refer to the act by its name and calling it the “Affordable” Car Act to emphasize that the law is anything but that.