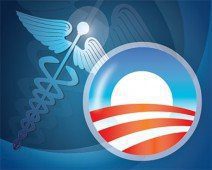 The Affordable Care Act is set to begin its next enrollment period on November 15, although some consumers may find a few surprises.

Many low-cost healthcare plans under Obamacare will raise rates in 2015. Penalties for filing to get a health insurance plan will also rise steeply in 2015, which may impact many households.

The penalty is designed to give people an incentive to get coverage. In the first year, individuals faced a penalty of $95 per person or 1% of their income, whichever is higher. Consumers who did not get coverage will have their penalty taken out of their tax refund in 2015.

The penalty for not getting insurance next year will be even higher. In 2015, individuals who skip getting health coverage will pay $325 per person, or 2% of their income, whichever is higher. Children who are under 18 years old are fined at half the adult rate, or $162.50.

With the flat-rate penalty, an uninsured family could be fined $975 next year. This fee will affect low-income and middle-income households the most. Some middle-class households make enough that they do not qualify for a subsidy, which means they will not get help if they buy insurance.

With the average tax refund remaining around $3,000, the penalty in 2015 has the potential to take a large share out of many households’ refunds.

Consumers can find loopholes to avoid the penalty, as individuals can claim a financial hardship or skip health insurance for less than three months. Native Americans are also exempt from the penalties, provided they belong to a federally recognized tribe.

About 13.4% of adults in the United States did not have health insurance in April, a Gallup poll found. About 25% of lower-income households making less than $36,000 did not have insurance.

There is one more challenge facing Obamacare now: 90% of uninsured Americans do not know that open enrollment begins on Saturday, a recent poll discovered. Two-thirds of uninsured consumers said they know nothing or very little about health care marketplaces.