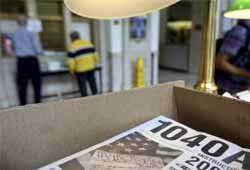 In what is either a bizarre coincidence or a malicious attack, a cancer patient who publicly claimed his health insurance was cancelled because of Obamacare has suddenly found himself the subject of an audit by the IRS.

Bill Elliot, who says he is a supporter of President Obama, appeared on Fox News’ “The Kelly File” a few weeks ago. During the segment, Elliot told Megyn Kelly that he was one of millions of Americans who have received notices that contrary to Obama’s promise, they were not being allowed to keep their healthcare plan and his policy was being dropped because his cancer was considered “beyond a catastrophic pre-existing condition.” He stated his plan was canceled because of new regulations under Obamacare.

Elliot’s plight raised eyebrows after he announced that with his no longer having health insurance that would pay for his treatment and not being able to afford the option of a new plan that costs $1,500 per month, a significant jump from his previous payments of $180 per month, that he was going to forego insurance and pay the financial penalty, then simply “let nature take his course,” a reference to not receiving any further treatment.

After his issue was spotlighted by the media, Elliot appeared on “Rocky D” on WQSC in Charleston S.C. and said that following the media scrutiny his insurance company had found a way to let him keep his current plan.

While that may seem like good news, Elliot told the radio host he has since discovered he has another problem that he believes is a result of his going public with his health issues.

“Monday I got a certified letter, I went down and got it and it’s from the IRS and they are auditing my books from 2009,” he said.

Elliot said what is interesting was during 2009 he was actually working for the government and paid his taxes every year.

He made it clear that he does not believe this is a coincidence, but instead feels is directly related to his media appearances.

When the host said, “you stood up and spoke out about how Obamacare screwed over your insurance and probably would kill you and what’s the next thing that happened? You get audited by the IRS. That is not a coincidence.” Elliot responded, “No it’s not.”

Elliot is not the only person who has found himself in the crosshairs of the IRS after speaking out critically of the Obama administration.

Dr. Benjamin Carson, who criticized the president’s policy at a prayer breakfast subsequently found himself receiving an audit notice from the IRS.

As part of the ongoing investigation by Congress over how the IRS used special scrutiny on tea party and conservative groups, Catherine Englebrecht said after her organization, True the Vote, began a push to clear ineligible voters off the rolls, she and her husband suddenly received an OSHA safety investigation of her company, as well an IRS audit that asked multiple questions about True the Vote’s activities as well as several inquiries from the FBI.