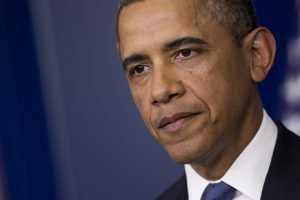 According to reports, President Obama is formulating a new plan that will permit an additional six million illegal immigrants to remain in this country legally. The plan is being met with opposition from Republican Congressionals who put the blame for the spike in illegal immigrant numbers currently crossing the southwestern border on the President’s lax immigration policy. The President’s pilot program, run up the flagpole earlier this week, will allow six million new residents to obtain permits to enter this country legally from Honduras.

Obama has said that he will make the change with or without Congressional approval by way of Executive Order. Republican Senator Ted Cruz of Texas and Alabama’s Jeff Sessions have sworn to fight the President’s plan to circumvent the congressional process and grant amnesty.

Senator Cruz said that Border Patrol agents think the ‘tsunami’ of illegal immigrants, mainly children, have been flooding over the southern border in record numbers not because they are fleeing violence in their homeland, but rather because they simply want to live in America.

“Every single one of the Border Patrol agents gave the exact same answer,” Cruz told TheBlaze, “They said they’re coming because they believe they will get amnesty.”

Many conservatives across the country believe that the President’s decision and subsequent announcement that young people, sometimes called ‘dreamers,’ who entered this country illegally with their parents will not be deported, has led to the influx of Central American minors. Border Patrol agents say that the Central American children expect and often ask for their “permiso” or permit, to remain in this country indefinitely.

The border crisis has been made more difficult by a law signed in 2008 that treats minor children who come from countries other than Mexico or Canada differently. When apprehended, these children must be processed, given a court date, and then allowed to remain in the care of friends or relatives until they have their day in immigration court.

Roughly two-thirds of the court dates go unattended. On July 22, Judge Michael Baird of the Dallas Immigration Court was slated to adjudicate 20 cases of illegal minors. Eighteen of those children did not appear.

Senator Sessions said Americans should be aware that the Obama administration has asked the Departments of Justice and Homeland Security to find new executive flexibility which would allow more deferred deportations.

Sessions says that Obama has promised to take steps on his own, so this policy change and the amnesty for an additional six million immigrants could come before the end of summer.