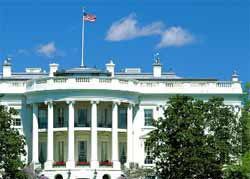 While the sequester has forced the military to endure billions of dollars in budget cuts, the Obamacare administration has declared that the mandatory across the board budget cuts will not apply to a portion of Obamacare.

Part of Obamacare provides subsidies for low-income people to help them cover out of pocket costs and make their insurance plans seem more affordable. However, last year the Obama administration said it was reducing the amount budgeted for the subsidies by 7 percent as part of the bi-partisan sequester deal signed into law by President Obama in 2011.

The sequester required mandatory cuts in most areas of government spending if a super committee was unable to come up with a deal to cut spending. The super committee consisted of 12 individuals, six from each party, and was tasked with coming up with over $1.2 trillion in cuts to the federal budget over a ten year span. If it failed to do so, automatic cuts to the defense budget and other programs would kick in.

As a result of the sequester and other cuts, the military is being forced to reduce its budget by nearly $1 trillion over the years the sequester is in effect. Security experts have warned that the cuts will severely threaten the military’s ability to respond to threats in the future.

After both sides failed to come to an agreement the cuts kicked in, marking the first real reduction in government spending in decades.

However, it now appears that the White House’s claims about the cuts may have been a ploy to get Republicans to cave on budget negotiations last year. The administration has now said despite what was promised previously, it is removing the subsidies from its list of programs affected by the sequester.

The Committee for a Responsible Federal Budget noticed the change and said the administration’s move will now force other departments to endure the additional cuts that would have been borne by Obamacare.

The move is another change to the legislation that appears designed to help Democrats during the 2014 mid-term elections. Some consumers have been complaining that after their insurance plans were cancelled as a result of Obamacare, their new plans require higher out of pocket expenses, sometimes while having a higher monthly premium.