Facebook may try to come off as being different than other large corporations, but the fact is it’s a publicly listed company on NASDAQ. As a public corporation, the sole goal of the board and its CEO Mark Zuckerberg is to increase shareholder value. If we understand that concept, namely capitalism, then Internet.org doesn’t sound like an altruistic initiative at all. The mission of Internet.org is stated in a whitepaper Facebook published as, “We believe it’s possible to build infrastructure that will sustainably provide affordable access to basic internet services in a way that enables everyone with a phone to get online.” One may wonder what kind of productivity people will enjoy through a 4 inch display. 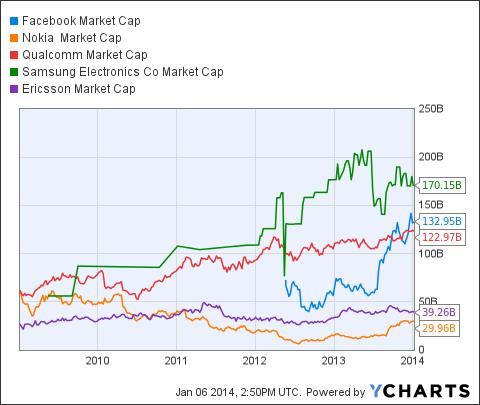 While Samsung, Nokia, and Qualcomm are hardware manufacturers, Ericsson builds internet infrastructure across the world. Facebook is basically a cloud based social networking service provider with an increasing revenue stream from Smartphone segment. All of these companies have a vested interest in spreading the Internet. Sure, the Internet can be life changing for rural communities. However, it will also mean more revenues for these companies, making it a win-win deal for both consumers and providers.

According to Gary Swart, the CEO of online job marketplace oDesk, having a vested interest is not mutually exclusive to altruism. Given that his own company will have access to another Billion workers and 10% commission from their earnings if Internet.org succeeds, it is hardly a dilemma that he doesn’t think vested interest and altruism is not mutually exclusive. If the intention was truly altruistic, wouldn’t these companies focus on more alarming priorities such as providing clean water and education instead of cheap internet?

Regardless of the ulterior motive, the whole “knowledge economy” will benefit tremendously from Facebook’s initiative, and its stockholders will be rewarded handsomely if another billion people start using the Internet. Even US$ 10 dollar annual revenue per additional user will be enough to make Internet.org a profitable venture in terms of cost-to-benefit ratio. Perhaps, the consortium should have consulted with Dr. Yunus, and tried to promote it as  a social business instead of an act of altruism.