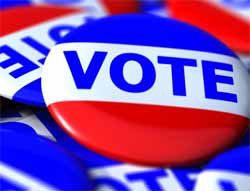 On Wednesday, North Carolina Elections Director Kim Strach reported to that State’s Joint legislative Elections Oversight Committee, saying that a recent audit produced strong evidence that voter fraud is at an epidemic level in their state.

North Carolina participated with 28 other states in a cross-check of voter rolls following the 2012 election as part on the ongoing struggle with those who maintain that voter fraud is rarely seen in the United States’ polling places. The audit results were made public on Wednesday. The audit report, available for review here, revealed the following anomalies:

North Carolina is one of a number of Southern states whose legislatures enacted stricter voting laws following a Supreme Court ruling that struck down a significant part of the Voters Rights Act of 1965. The Voter’s Rights Act was enacted in the heat of the Civil Rights era and was meant to protect citizens of Southern states from discrimination. In their 2013 ruling, the High Court said that those Southern States were no longer in need of such strict Federal, supervision.

“We have fraud and error vulnerabilities in our election system. The fact that we potentially have thousands of people voting in more than one state greatly concerns me,” said chairman of the Joint Legislative Oversight Committee, Representative David Lewis. It was Lewis who was the lead author of the Voter Identification and Verification Act, which is being challenged by US Attorney Eric Holder and the United States Justice Department. Similar provisions in Texas Law are also being challenged by Holder, who believes with most Democrats and liberals that rampant voter fraud is a myth.

Many progressives believe that forcing poor people to obtain picture identification prior to voting is an un-necessary burden and, like the Jim Crow laws enacted in the days of racial segregation, are merely efforts to silence the black vote. Liberal news portal Mother Jones contends that UFO sightings are more common than voter fraud. Conservatives believe that since identification is required for countless other common activities, from boarding an airplane to cashing a check, such a requirement is not at all burdensome.

Meanwhile, the North Carolina’s Joint Legislative Elections Oversight Committee is now in the process of investigating each of the thousands of questionable voters listed in the audit report in order to clarify the circumstances. Voter fraud is a felony in North Carolina and, if it is found to have occurred, the State will prosecute the perpetrators.