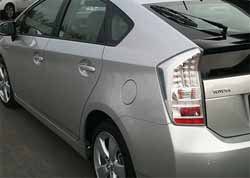 Toyota Motor Corp (NYSE:TM) [stockdata ticker=”TM”] announced that it will discontinue the production of electric cars by December 2014.

The move came amid Toyota’s continued focus on developing Fuel Cell Vehicles (FCV), which is a type of car that use fuel cells to power its on board electric motor. FCV technologies mainly use hydrogen fuel cells along with oxygen collected from the natural environment. Toyota’s FCV cars are likely to hit showrooms next year.

Toyota’s Executive Vice President and Member of the Board, Mitsuhisa Kato, told Automotive News that his company was not making any real progress with electric cars and they want to try out something new. Based on his observation, the necessary technology to make EVs a success is yet to be invented. “The cruising distance is so short for EVs, and the charging time is so long,” he added.

He also mentioned that if Toyota wants to produce EVs that have the capability to travel distances similar to regular gasoline-powered cars, it would require more battery power. More battery power in the car means more charging time, and it may end up being a “vicious cycle.”

The problem with EVs in general is that current battery powered cars do not have sufficient power to cover long distance travel.

“At the current level of technology, somebody needs to invent a Nobel Prize winning type battery,” said Kato to describe the shortcoming of currently available EV technology.

The decision from Toyota to discontinue its EV segment came as a shock to industry analysts. In recent months, Toyota’s sales of EVs in the United States have been more than impressive. Toyota’s Prius Plug-in 2014 model’s sales alone went up by 297 percent in May 2014 compared to the same month last year.

However, hydrogen fuel cell vehicles offer better refueling, range, and price compared to and battery electric vehicles, and they could beat the EV market in coming years. By discontinuing the EV product line, Toyota will be able to take the lead on the FCV market, which is still in its infancy.