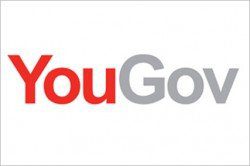 According to pollster YouGov, Americans would feel safer with a gun in their house than not by a two-to one margin. Less than a quarter of registered Democrats agreed though, but this wasn’t enough to bring the total number of people that prefer guns in their homes down substantially.

42 percent of respondents would feel safer with a gun in their home, while only 20 percent would feel “less safe.”

The polling results broke down by partisan lines, with 59 percent of Republicans saying that they would feel safer with a gun in their home, and only 24 percent of Democrats agreeing.

The poll also found that 44 percent of people would feel less safe with more people being armed. This includes 69 percent of Democrats and only 24 percent of Republicans.

These findings by YouGov are not surprising, as the majority of Americans have historically supported a fairly strong adherence to the Second Amendment.

This hasn’t prevented the Democratic Party from attempting to restrict firearm access and privacy rights of gun owners in recent years. Democrats such as Senator Diane Feinstein (R-CA) have spent much of the past year and a half attempting to ban so-called “assault” weaponry and have
attempted to push forward legislation would create a federal firearm database.

The Democratic Party’s blatant disregard for both the Second and Fourth Amendments is a key factor in the gun control debate, as both of these civil liberties hang in the balance.

Ironically, California State Senator Leland Yee, one of the most vocal anti-Second Amendment politicians in America, was arrested on Wednesday on charges of conspiracy to traffic guns without a license and six counts of depriving the public of honest services.

Lee is suspected of operating within a group of people that attempted to facilitate the smuggling of fully automatic weapons and shoulder mounted missile launchers into the United States. These weapons belong to a Muslim separatist group operating in the Philippines.

Perhaps more Americans would have said in the YouGov poll that they would feel safer with a gun in their home had they known that a Democratic State Senator was facilitating a deal to smuggle missile launchers and fully automatic firearms into the United States.