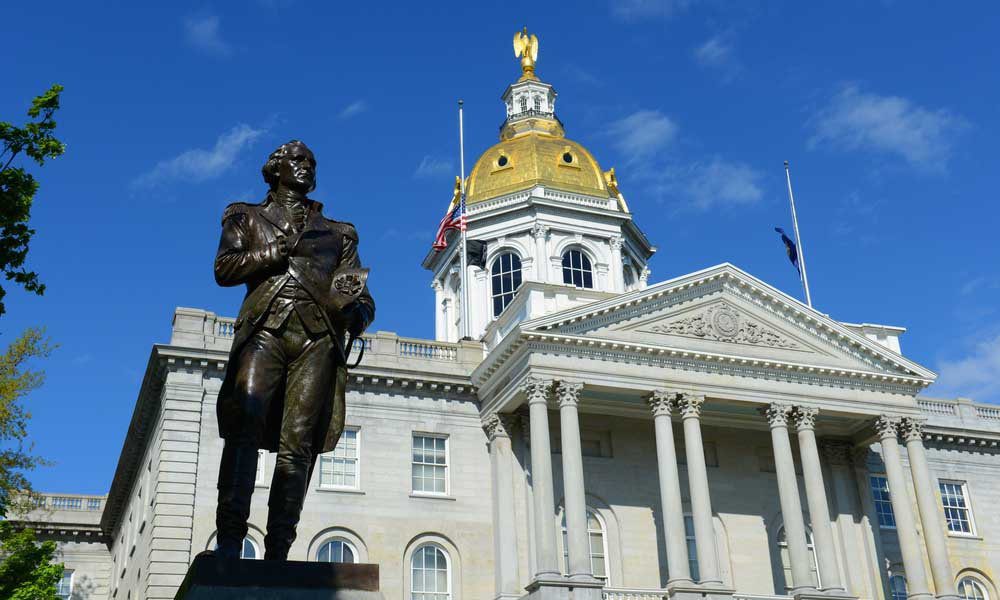 New Hampshire Has A New Governor: For Two Days

New Hampshire will have a new governor for a short period of time – in fact, he will only serve for two days.

Republican Senate President Chuck Morse will be the governor for two days. He is in charge during the period between former governor Maggie Hassan’s swearing in as a U.S. Senator and Gov.-elect Chris Sununu’s inauguration.

“Over the last four years, I thought I was the acting governor,” Morse said referencing Hassan’s last two terms. The two men often joked about who was really responsible for the budget and other matters.

Morse officially became governor at 12:01 on Tuesday and will remain governor until about noon on Thursday, when Sununu is sworn in.

Although his time as governor will be short, he is getting the full treatment. He even has a full security detail to pick him up from his house each morning.

Morse has no big plans for the short term that he is in office. He did receive the honor of being introduced as governor at Wednesday’s House session and was able to sit next to Speaker Shawn Jasper as they prayed.

Morse has been the Senate president since 2013. Moore said he opts to remain mostly in his current office while serving his term as governor, saying he’s too superstitious to sit in the governor’s chair.

Morse said that quite a bit of preparation went into his short reign as governor.

The preparation involved meeting with the Departments of Safety and Homeland Security and Emergency Management and assigning the temporary security detail. It also entailed meetings with the Senate’s legal counsel to understand how his Senate role would change.

Moore is not looking to step on his successors toes though, he said. “I’m a firm believer that Chris Sununu is the next governor,” he said.

Someone did ensure that Morse would be forever remembered on the State House walls. Under a picture of Morse taped to a second-floor wall it reads “The Future Site of the Portrait of Interim Governor Chuck Morse.”

While having a governor serve for such a short term is an unusual occurrence, this is not the first instance that this has occurred. Former Senate President Ralph Hough served for about a week in 1993. He served as governor when Judd Gregg left the post to become a U.S. senator.

Other states have also seen similar situations. In 2002, New Jersey once had five governors over a span of just eight days.