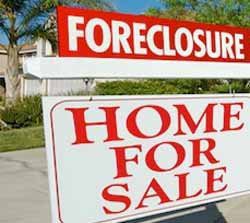 The Nevada Supreme Court recently made a decision that allows homeowners associations (HOAs) to trump mortgage lenders in foreclosure on homes. The ruling may impact the relationship between lenders, HOAs and homeowners on more than 500,000 homes in close to 3,000 HOAs in the state. It’s estimated that about 10% of Las Vegas homeowners in an HOA alone are not current on dues.

The decision was referred to as “Armageddon” by Kolleen Kelley, president of the Nevada Association of Realtors, adding that banks may restrict lending if their loans will not be protected.

The case was based on an $855,000 property located in Southern Highlands that an HOA sold at auction for $6,000. The court ruled that super priority liens held by HOAs for unpaid assessments have precedence over first trust deeds held by a mortgage lender. The court also said that HOAs do not need to go to court for permission to seize a home, which they may then sell for past-due fees and assessments.

Some experts believe the decision was a good one for Nevada real estate, however. According to Jay Bloom, director of 1st One Hundred, a real estate investment firm, the decision accomplishes several things. He said that HOAs with a large number of people who do not pay assessments are forced to reduce services to the community, adding that the decision compels payment of HOA fees by all property owners, including lenders, for lower assessments, better services and potentially higher property values.

Attorneys representing HOAs are also applauding the decision by claiming that HOAs have lost out on unpaid assessments for many years.

At the heart of the problem is the fact that mortgage servicers can take years to foreclose on a property, leaving HOAs out of back dues for years and preventing a new owner from taking over and paying dues. This can lead to higher costs for other owners. By allowing HOAs to take over the foreclosure process, repayment is sped up.

Prior to this decision, HOA foreclosure sales often went for a few thousand. Now, if a home sells for $300,000 at an HOA sale, the HOA will get the fees it is owed while the lender gets the remainder.

Bank of America, the lender involved in the case, and other banks have asked the Nevada Supreme Court to reconsider the decision.