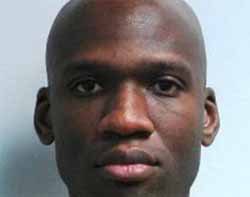 The shooter responsible for killing 12 people at the US Navy’s top facility had a history of mental illness and was addicted to violent video games.

Americans woke up yesterday to learn that a gunman opened fire on individuals at the Washington Naval Yard, America’s oldest naval facility, for reasons that still remain unclear. The facility is the Navy’s premier base, and is home for the Naval Sea Systems Command headquarters, which builds, buys and maintains the Navy ships, submarines and combat systems.

Immediately following the attack several jihadist groups claimed the attack was the result of a radical Muslim, although current evidence suggests that the individual was actually a Buddhist. The attack came two days after a leading al-Qaeda member called upon individuals to engage in similar attacks against American installations in the country.

However, following the initial confusion that often results in shooting incidents of this type; a portrait is beginning to emerge of the assailant, Aaron Alexis, 34.

The Associated Press has reported that Alexis suffered from a series of mental issues including paranoia and a sleep disorder as well as hearing voices in his head. He had been receiving treatment from the Veterans Administration for his mental issues since last August, officials said speaking on condition of anonymity. Despite this, the Navy did not declare him mentally unfit, which would’ve rescinded a secret security clearance he had from his earlier time in the Navy Reserves.

In addition to his mental issues, Nutpisit Suthamtewaku, who runs the Happy Bowl Thai restaurant and was a good friend with Alexis, told the Telegraph that the shooter was addicted to violent video games.

According to Suthamtewaku, Alexis would play violent “zombie” video games in his room for hours at a time.

“He could be in the game all day and all night. I think games might be what pushed him that way,” Suthamtewaku said. “He always had this fear people would steal his stuff so that’s why he would carry his gun all the time. He would carry it when he was helping out in the restaurant which scared my customers.”

The description bears an eerie similarity to the shooters and other recent mass shooting incidents. The shooter responsible for the Sandy Hook elementary school massacre had a long history of mental issues and was known to play violent video games prior to his attack. The Aurora theater shooter in Colorado had a history of mental illness and a mental health professional was concerned about his violent tendencies but never alerted authorities.