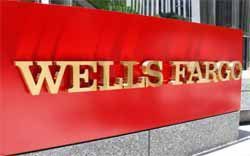 New York’s state attorney general has said he is suing Wells Fargo to enforce it to comply with terms of last year’s national mortgage case settlement. Similar action had been filed against Bank of America, but it is being dropped because the bank has agreed to reform its lending system and comply with the settlement requirements.

New York Attorney General Eric Schneiderman said that the banks have to abide by the agreement that was reached in the settlement. The settlement of charges of improper lending practices sets standards that prohibit lenders from pursuing foreclosures while negotiating loan modifications. The standards require that banks acknowledge refinancing applications in writing within a three business day timeframe. The banks must notify borrowers that they have documents missing within five days. Decisions on complete applications must be made no later than 30 days after receipt.

Wells Fargo has said it remains committed to the national settlement, which was agreed to by 49 states, including New York. “We are continuously implementing additional customer-focused measures based on the constructive feedback we receive from our customers, the Monitoring Committee and individual states,” it said in a statement. “We have has been a leader in preventing foreclosures and helping families maintain home ownership with more than 880,000 modifications nationwide.”

Back in May Wells Fargo claimed that they were adhering to the settlement and criticized Schneiderman for not working to “engage in a constructive dialogue.”

“While we have brought much needed relief to thousands of New Yorkers, too many homeowners in our state are facing unnecessary challenges as they fight to keep their homes,” Schneiderman said. “Both of these cases should send a strong message that the big banks must comply with the legally binding servicing standards negotiated in the national mortgage settlement or face the consequences.”

This move comes as the Department of Justice and Schneiderman’s office have been negotiating with JPMorgan Chase, the largest bank in the U.S., regarding its sale of mortgage-backed securities during the years that preceded the financial crisis. There have been reports that Chase could pay as much as $11 billion to settle the matter.