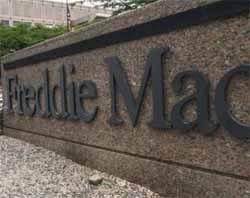 The average mortgage rates saw a rapid rise for two weeks in a row in the middle of strong economic signs in the market. According to the Primary Mortgage Market Survey conducted by Freddie Mac for the week ending November 14, 2013, the benchmark 30 year fixed mortgage rates increased for the second consecutive week.

The popular 5 year treasury indexed hybrid adjustable rate mortgage schemes are averaged at an interest rate of 2.96% and a discount of 0.5 point. The 5 year ARMs have remained unchanged from the average rates that averaged in the last week’s survey. In the same time period last year, the 5 year ARMs options averaged at a rate of 2.73%.

Freddie Mac, the second largest mortgage lender in the US, today sold reference bills worth $3.0 billion at a higher rate of interest and a quite strong demand in comparison to the recent sales of the same maturities and similar amounts. The demand was certainly stronger and had a bid-cover ratio of 5.35, which rose from 4.37 ratio for the funds that were sold last week by the lender.