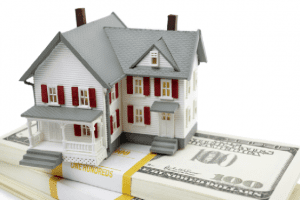 In the first quarter, homeowners borrowed $23.4 billion in home equity lines of credit, which is the highest quarterly number since 2008. Homeowners took out over 230,000 HELOCs during the first quarter, which is up 9% from the same period in 2013, while the amount of the credit lines has also gone up, hitting $100,207 on average in March, up 4% from the previous year and the highest average in six years.

For years since the housing market collapsed, lenders stopped originating home equity lines of credit and loans and scaling back these products. Lenders have managed to lure more borrowers in with lower interest rates this year. HELOCs had an average interest rate of 5.01% in June, which is down from 5.16% a year ago. Home equity loans, meanwhile, had an average rate of 5.96% in June, down dramatically from nearly 8% in 2010.

The most common reasons borrowers cite for accessing their home equity is renovations, followed by emergency expenses and paying off other debt, such as credit cards and medical bills. Some home buyers are even using home equity loans and lines of credit to buy a new home, as combining a mortgage with a line of credit — or getting a piggyback mortgage — allows borrowers to avoid the fees of a low down payment and buy a mortgage expensive property.

Many borrowers are unaware of the risks of home equity loans, however, as another drop in home prices can leave borrowers owing more on their home than they could sell it for. The Wall Street Journal reports that many lenders are now allowing borrowers to borrow more than the value of their home, which increases their risk if home values fall even slightly.